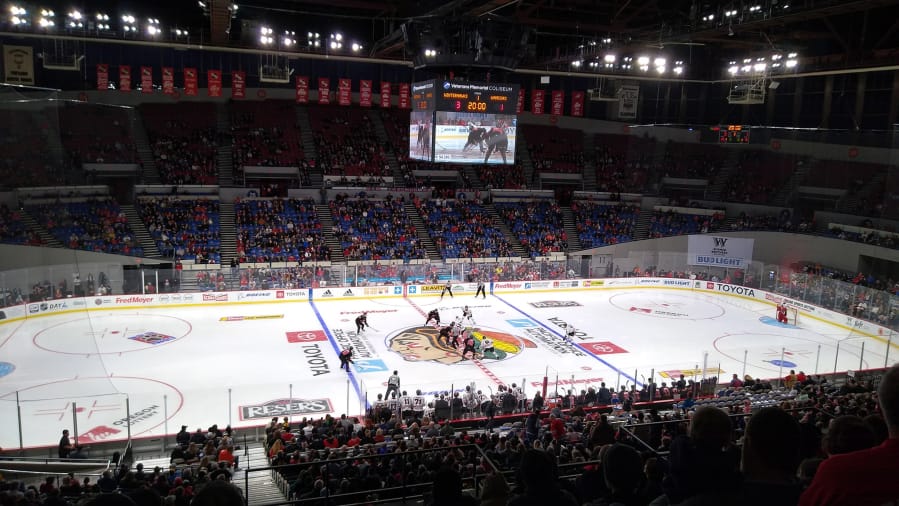 Four different Winterhawks recorded multiple points and Taylor Gauthier stopped 32 of 34 shots in his postseason debut as Portland took down the Prince George Cougars 5-2 in game one of their first-round WHL Playoff series on Friday night.
Portland came out of the gates on fire in this one, notching three goals in the opening 10 minutes of play. Aidan Litke got things started with a power-play marker, deflecting Gabe Klassen’s shot/pass in the high slot through the legs of Ty Young at 1:55. Four minutes later, it was James Stefan’s turn to strike on the man-advantage with a quick wrister into the top corner. Capping off the torrid scoring start, Cross Hanas nabbed his first of the playoffs at 8:43, hammering home a Luke Schelter centering feed at the left side of the crease.
The Winterhawks carried that advantage through the opening minutes of the second period, but Prince George finally cut into it with Connor Bowie’s marker at 5:51 to reduce the deficit to two. But after a largely back-and-forth frame, Gabe Klassen restored Portland’s three-goal lead at 17:35 after Luca Cagnoni deftly wove through the offensive zone to find him on the back door for the one-timed tally.
The third period saw the Cougars get on the board once more as Riley Heidt found twine early in the frame, but the Winterhawks held strong and Jack O’Brien iced the game with an empty-netter to seal the 4-2 victory.
Game two in this series is set for Saturday night at 6:00 P.M. back at Veterans Memorial Coliseum