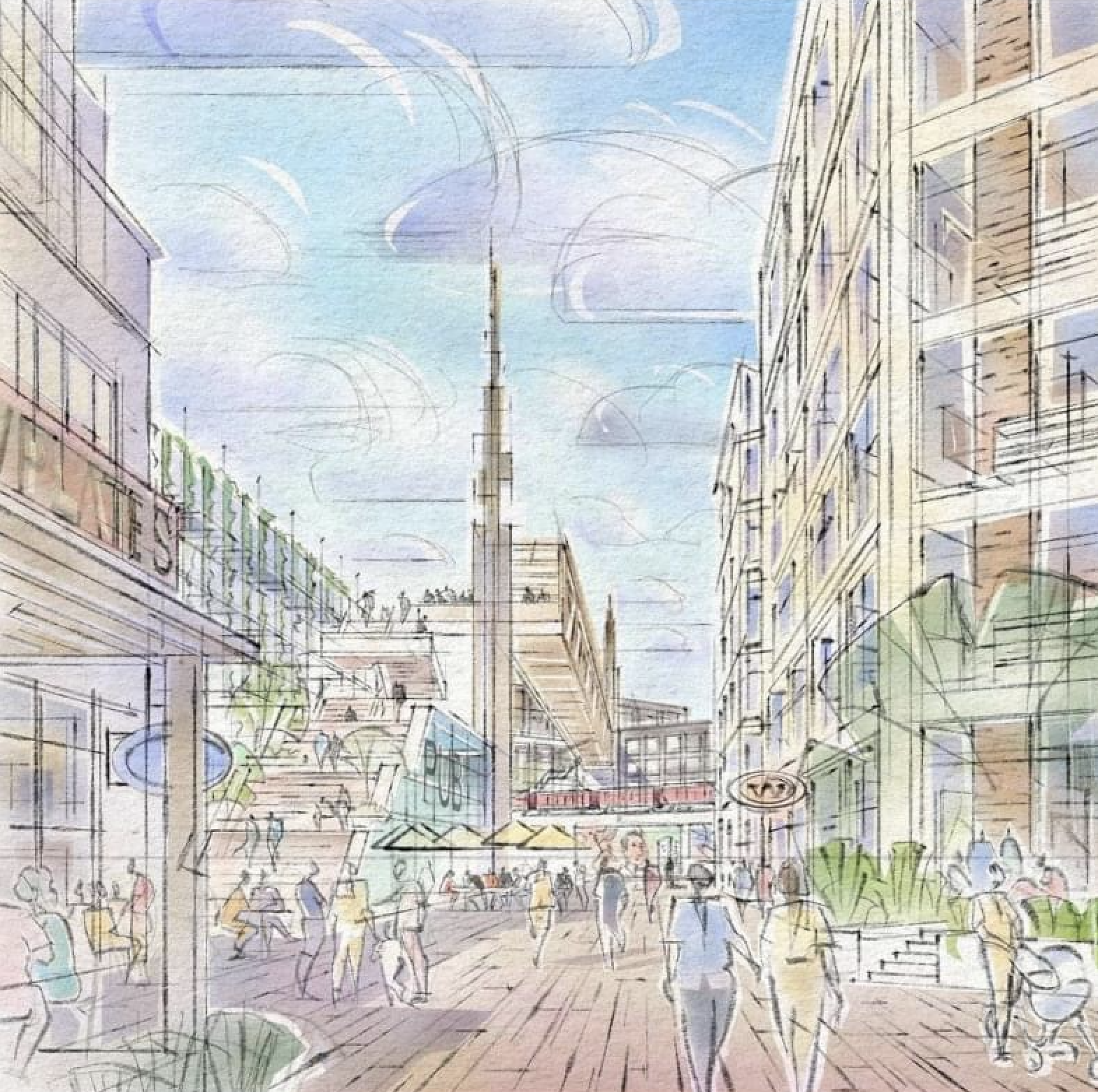 The Waterfront Gateway is a 6.4-acre city-owned site connecting the downtown core and waterfront, which has emerged as a desirable destination for businesses, residents and visitors. The site is bounded by West Sixth (north), Columbia (east) and Grant (west) streets and the railroad berm (south) and is adjacent to Vancouver City Hall and the Vancouver Convention Center/Hilton Hotel (view map).

After a public visioning process, CCRA, which is designated by Vancouver City Council to lead the planning and development of the Waterfront Gateway, issued a Request for Qualifications (RFQ) for development teams in March 2021. Five qualified responses were received and reviewed, and the CCRA conducted an interview and assessment process before approving LPC West.

The CCRA and LPC West will now enter into an exclusive negotiation agreement that will guide planning and development for the site, including a comprehensive development plan and property negotiations.

Lincoln Property Company is a national and international development company with a strong portfolio, access to capital, and capable development teams. Through its LPC West division, the company has developed many projects on the west coast from Seattle to San Diego that are similar to Vancouver’s Waterfront Gateway opportunity. LPC West is also the developer for the Port of Vancouver’s Terminal 1 redevelopment project.

“Our team is extremely excited to partner with the City to develop an important new district in Vancouver’s downtown with a vibrant connection to the waterfront,” said Patrick Gilligan, executive vice president for Lincoln Property Company’s Pacific Northwest region. “We are proud to play a role in shaping this site and launching a new chapter for Vancouver and its residents.”

“We look forward to working with LPC West on shaping the heart of downtown Vancouver by creating a fun, innovative and inspiring district connecting our historic downtown and Esther Short Park to our vibrant waterfront,” said CCRA Board President Richard Keller. “Accessibility, inclusion and providing a place available to all income levels will be a major focus of our efforts.”

This development opportunity is rooted in a community vision developed over the last two years for redevelopment of this area into an inviting and active new downtown district. In addition to the community vision, the RFQ focused on the need for a development team capable of both designing and building office, commercial, retail and housing in a multi-story mixed-use environment in this strategically located area.