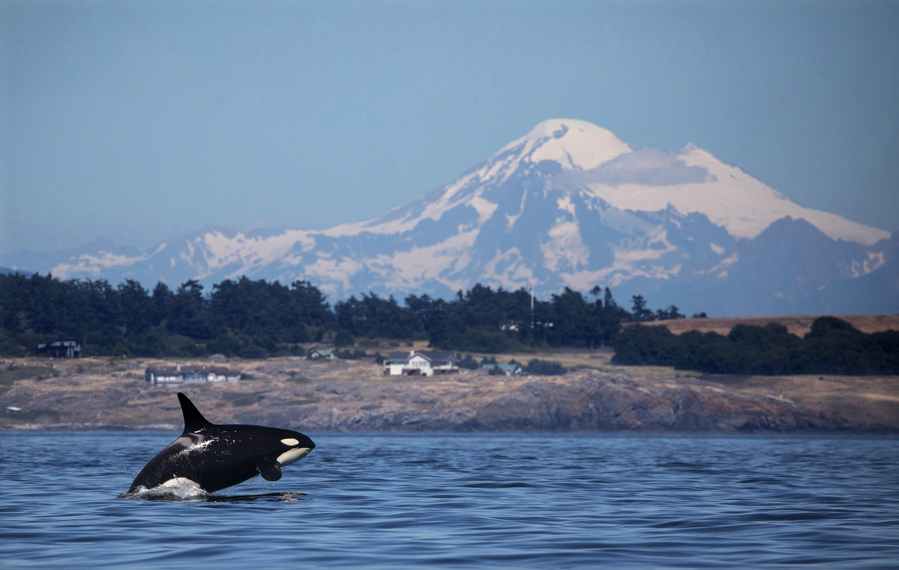 Speaking at the Franklin Falls Trailhead in Mt. Baker-Snoqualmie National Forest before embarking on a hike to the waterfall, one of the most heavily trafficked trails in the state, Bronaugh announced the creation of the Legacy Restoration Fund, a federal pot of money intended to clear the backlog of deferred maintenance projects on U.S. public lands. The fund will receive an injection of $285 million for 450 projects in 38 states and Puerto Rico.

“This administration is a champion for outdoor recreation and public access,” Bronaugh said at the trailhead, which attracts 1,500 daily visitors on summer weekends. As a result of the new funding, the trailhead parking lot will expand by 100 spaces. “Outdoor recreation is such a critical part of our economy, especially our rural economy,” she said.

The trail to Annette Lake will close June 15 and popular trails to Snow Lake and Source Lake will close July 16 for much-needed maintenance funded by this federal project. These bodies of water are among the most popular destinations in the Alpine Lakes Wilderness Area, which has necessitated improvements to address erosion on trails that were not designed for such heavy foot traffic.

Work on those trails is scheduled to conclude in October.

“Those projects in Snoqualmie Pass are a perfect example of why this funding is so needed and how the Great American Outdoors Act is working to benefit recreationalists,” said Betsy Robblee, conservation director for The Mountaineers.

Bronaugh chose the Mt. Baker-Snoqualmie National Forest to make the announcement because of what she called an exceptionally “productive” relationship between the U.S. Forest Service and local partners aimed at accomplishing needed outdoor recreation infrastructure maintenance. The Mountains to Sound Greenway Project, which will improve trailheads, campgrounds and trails along the Interstate 90 corridor visited by 1.5 million people annually, has been funded with $21.1 million over the fiscal years 2021 and 2022.

Under the Great American Outdoors Act model, the Mt. Baker-Snoqualmie National Forest will coordinate that work, as 90 percent of the projects funded by the legislation will be executed by private contractors and nonprofit conservation organizations. Those partners have raised concerns about the Forest Service’s ability to handle the administrative workload brought on by hundreds of millions of dollars in new funding.

“The incredible demand and pressure the public is putting on our public lands comes on top of a longtime decline in staffing and capacity of agencies like the Forest Service that are responsible for these lands,” said Jon Hoekstra, executive director of the Mountains to Sound Greenway Trust. The U.S. Forest Service has seen nonfirefighting staff numbers decline by 40 percent over the last decade, according to Debbie Hollen, acting associate deputy chief for the National Forest System.

“We are working with Congress to prioritize funding increases not only to USDA but also to the Department of Interior to try to not only increase the salaries and benefits for our Forest Service staff, but also increase the numbers and improve the hiring so we can bring them on sooner, but it will take time,” Bronaugh told The Seattle Times.

The other $218 million in Monday’s announcement will add additional money to the Land and Water Conservation Fund. Spearheaded by Sen. Henry M. Jackson of Washington, the LWCF has funded conservation, recreation or access projects nationwide since its founding in 1964, supporting access to public lands for hiking, biking, birding, fishing, hunting and all other manners of outdoors recreation.

In Washington, the fund has paid for investing more than $725 million in trails statewide as well as local urban parks, like Seattle’s Gas Works Park, upgrades to the Green Lake boat house and more.