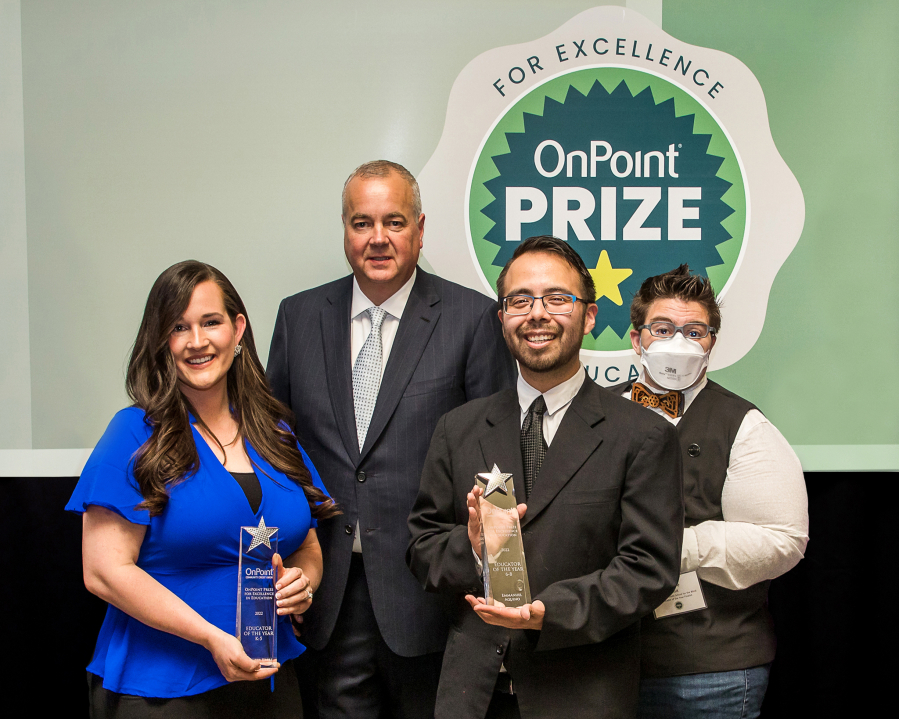 CENTRAL PARK — Jesse Bolt, a high school English, reading intervention and Braille teacher at the Washington State School for the Blind, is one of three winners of OnPoint Community Credit Union’s 2022 OnPoint Prize for Excellence in Education Educator of the Year awards.

Bolt is a local leader and advocate for students who have multiple exceptionalities, according to a news release. Bolt demonstrates a profound sensitivity to the needs of students, and designed original learning modules, including poetry writing, literary analysis and podcast production. Bolt also led the implementation of a schoolwide reading intervention program for struggling Braille and print readers. Bolt also helped students establish the first Gender Sexuality Alliance club and is a member of the school’s first Equity and Inclusion committee.

Since the OnPoint Prize for Excellence in Education began in 2010, OnPoint has awarded more than $650,000 in prizes to 313 local educators and schools. This year’s contest awarded $88,510 to public and private K-12 teachers and schools.