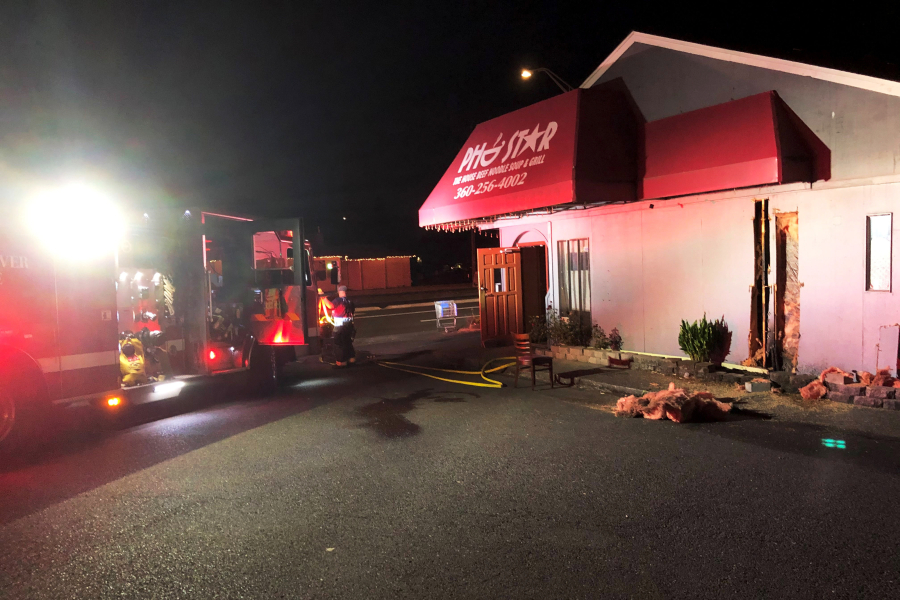 The Vancouver Fire Department was called shortly after 9 p.m. to a reported vegetation fire threatening nearby buildings.

The first arriving engine found light smoke coming from the exterior of the restaurant, 10204 S.E. Mill Plain Blvd. Firefighters used chain saws and hand tools to open the exterior wall, and then used a thermal imaging camera to find and extinguish hot spots, according to a department news release.

A second engine arrived to provide additional staff to help ventilate smoke from the inside of the restaurant. Crews checked for further fire extension within the walls and ceiling, the department said.

No one was injured in the fire.

The Vancouver Fire Marshal’s Office is investigating the cause.