Vancouver, Wash. –On December 8, 2021, the Vancouver Police Department is inviting members of the media to learn more about the testing and evaluation pilot launch of the department’s camera program. Ten officers will be equipped with body worn cameras and 6 vehicles will be equipped with a dash and rear passenger area camera. The pilot program to test and evaluate the equipment will last 60 days.

This event is not open to the public. 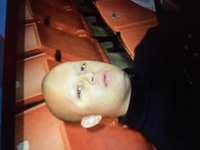 The Vancouver Police Department recognizes and respects the value of all human life and dignity without prejudice to anyone.  The Department is committed as a professional law enforcement organization to continuous improvement to lawfully and equitably protect the safety of all community members we serve. The use of force by law enforcement personnel is a matter of critical concern, both to the public and to the law enforcement community. Officers must have an understanding of, and true appreciation for, their authority and limitations.

“We appreciate the long-standing relationships we have with our community partners including, the NAACP of SW Washington, LULAC, and the Chief’s Diversity Advisory Team, and are committed to continuing to build and strengthen these connections and create opportunities for the police and the community to work together on initiatives to improve police and community relations, increase transparency and reduce police use of force incidents”, said Vancouver Police Chief James McElvain.

Demonstrating our commitment to improvement, the City and Police Department most recently engaged with the Community Task Force on Policing  over the past year working to address and implement the 84 recommendations in the Police Executive Research Forum’s (PERF) use of force report, which PERF issued after VPD commissioned the agency to perform a complete review of VPD’s culture, policies, training, documentation, and data on use of force and officer-involved shooting incidents.  Part of the Task Force accomplishments was reviewing and advising the City Council on establishing a body-worn camera program, which VPD will launch in early 2022. Additional information on the work of the Community Task Force on Policing can be found on Be Heard Vancouver.

The Vancouver Police Department is fully prepared to cooperate with any inquiry or investigation that may stem from this letter.

The family of Acacia Sellers reported that a friend had located her in good health.

The Vancouver Police Department is seeking the public’s help is locating 22-year-old Acacia Savannah Sellers. Acacia was most recently houseless and associated with a black 2006 Ford F-150 pickup. She has most recently lived in camps in Vancouver and Portland.

Acacia is a biracial (black and white) female with blue eyes and brown hair. She is 5’5″ tall and 140 lbs.

If you know where she is or how to reach her please contact the Vancouver Police Department.

Notification of next of kin has been completed. The suspect in this case is Michael R. Murrah, 45.

Nothing further is being released at this time.

Vancouver, Wash. –On November 7, 2021, at approximately 10:39 a.m., Vancouver Police were dispatched to a residence in the 2400 block of F Street for the report of an assault with a weapon. When officers arrived, they located a male outside the house with a knife in his hand. He was taken into custody by police without incident. A female was located inside the residence suffering from stab wounds. She was transported to an area hospital where she later died from her injuries. The couple’s 8-year-old child was located inside the home and was not physically injured.

The male was interviewed and subsequently arrested for Murder I. The Vancouver Police Department Major Crimes Unit is continuing the investigation. The names of the victim and the suspect are not being released at this time, pending notification of next of kin.