Leland Robertson was located safe by Washington State Patrol following a tip and is being reunited with family. 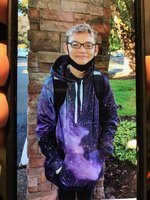 Richard has been located safely and returned to his family.

The police are asking for assistance in locating 12 year old Richard Gran. Richard is described as a white male, 5’0, 100 lbs, brown hair and is autistic. The photo attached shows him with blonde hair, however it is closer to his natural brown hair. Richard wears glasses and was last seen walking from the mall area towards a school in the Felida area. He was last observed wearing a blue jacket over a bright blue and white hoody with gray sweatpants. If located, call 911.