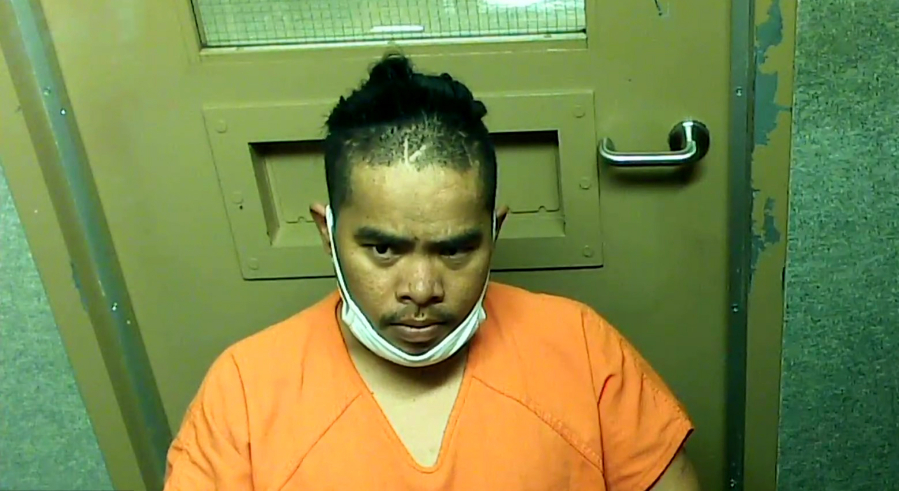 A Vancouver man accused of stealing a car and running over the owner last week in Minnehaha had failed to appear in court earlier this year for a prior car theft case, court records show.

Ttong John, 30, appeared Tuesday in Clark County Superior Court on suspicion of first-degree robbery and hit-and-run resulting in injury. He also appeared on a warrant in the Clark County case from March; he was on supervised release in the previous case.

Judge Emily Sheldrick set John’s bail at a total of $210,000 between the two cases, and he is scheduled to be arraigned Sept. 2.

The Clark County Sheriff’s Office, Vancouver Fire Department and AMR responded at 7:48 a.m. Aug. 16 to 4606 N.E. 40th Ave., for reports of a hit-and-run involving a pedestrian.

AMR personnel arrived to find the victim, Joseph W. Lutz, lying in the street, vomiting and bleeding from the head, according to a probable cause affidavit.

Detectives learned that Lutz had left his Toyota Camry running in the driveway and gone back inside to finish getting ready for work. Lutz’s grandmother, whom he lives with, said that when Lutz walked back toward the front door, he suddenly took off running to the driveway, court records state.

She said she saw the Camry backing out of the driveway and into the street. Lutz continued to run toward the car, she said, but she lost sight of him. Then, she heard a commotion and found Lutz injured in the street, according to the affidavit.

On Thursday, detectives received a phone call from a woman in Kent. She said a man approached her in the parking lot of a hardware store and offered to trade the Camry he was driving for her car. She said he also offered to sell her the Camry for $200, the affidavit states.

She said the man was desperate to get to Salem, Ore., but he told her he needed to sell the Camry in the Seattle area first. Because of his odd behavior, she said she took a photo of the license plate, which matched Lutz’s stolen Camry, according to court records.

On Friday, Auburn police found the stolen Camry, and the driver was identified as John, court records state. He was arrested and booked into the King County Jail on suspicion of possession of a stolen vehicle.

Clark County detectives met with John at the King County Jail in Seattle. They said he matched witness descriptions and surveillance video related to the car theft, the affidavit states.

Detectives said John admitted to stealing Lutz’s Camry after he noticed it running in the driveway while walking by. They said John told them he saw Lutz running toward the car, but he accelerated and Lutz “ran into the car.” He said he didn’t look back and kept driving, the affidavit states.

Lutz’s family has created a GoFundMe to help with his medical costs, which can be found at gofund.me/4bfb5f89. The fundraiser states he suffered a traumatic brain injury and remains in the intensive care unit.