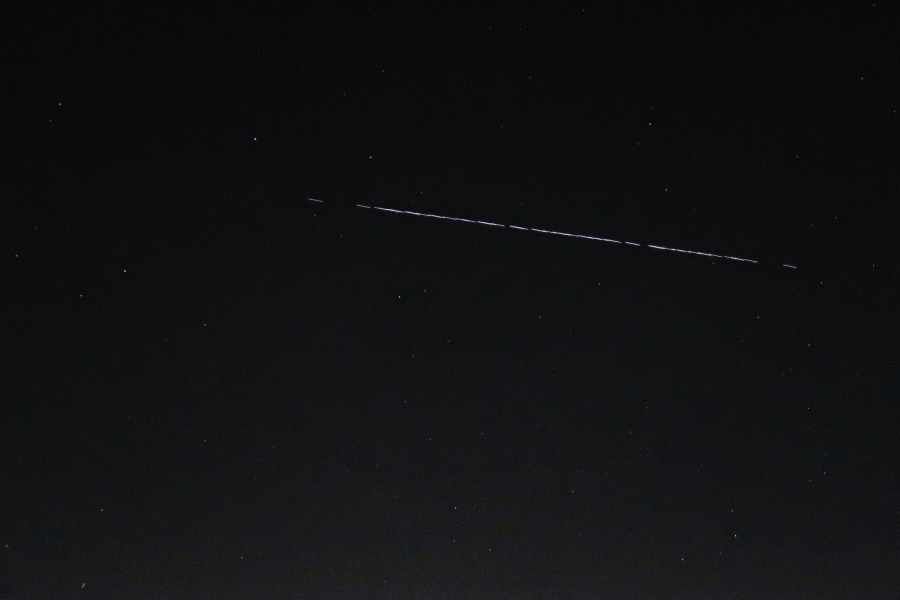 People in the Northwest took to social media this weekend to ask what that strange string of lights was in the sky, some believing it could be UAP — unidentified aerial phenomena, as they’re now called.

But it wasn’t aliens. It was a Starlink-55 satellite train that should be visible again tonight and potentially Monday night.

Elon Musk’s SpaceX launched 53 Starlink satellites Friday from Florida, and dropped them into low-Earth orbit, according to the company.

There’s a website that tracks where Starlink satellites will be visible. They could be seen around 9:44 p.m. Friday and 9:47 p.m. Saturday, for about 4 minutes, in the Portland metro area.

The satellite train should be visible again at 9:49 tonight for about 4 minutes, look west to west, in the Portland metro area. Actual times may vary by 10 minutes, according to the tracker website.

Monday’s visibility is a bit unclear. It was originally listed as “bright” but later changed to “dim.” It’s currently estimated for 9:51 p.m., west to southwest, for about 3 minutes. Check the tracker website for updates.