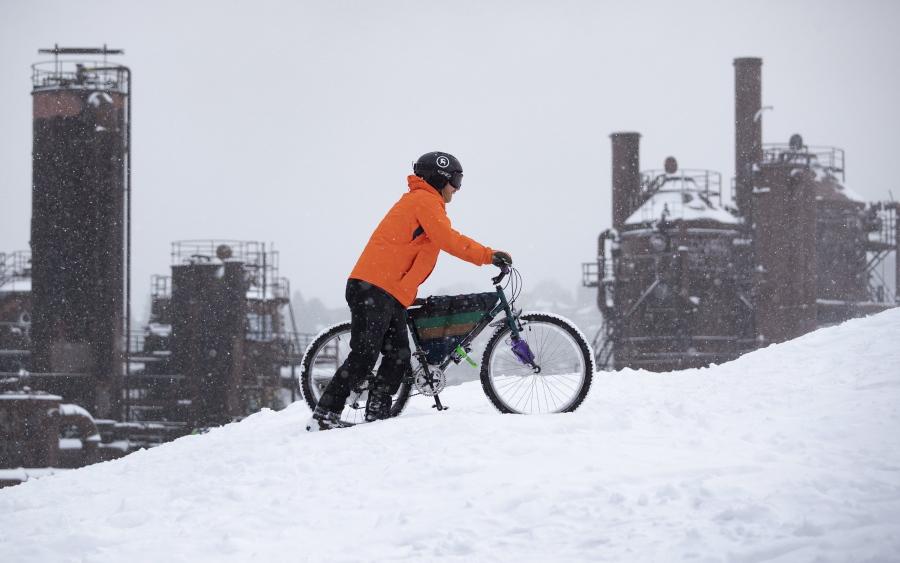 SEATTLE — Emergency warming shelters were opened throughout western Washington and Oregon as temperatures plunged into the teens and forecasters said an arctic blast would last for several days.

“What we’re going to be seeing for the next few days is very cold temperatures, by Western Washington standards,” said Mary Butwin, a meteorologist with the National Weather Service, told The Seattle Times. “We haven’t seen temperatures like this in the last several years.”

Utilities reported about 6,000 customers without power in western Oregon Monday morning and about 3,300 in western Washington.

Sunday’s snow showers blew into the Pacific Northwest from the Gulf of Alaska, dumping up to 6 inches (15 centimeters) across the Seattle area. More snow is predicted for Thursday, but probably not quite as much.

More than a foot (0.3 meters) was reported near Port Angeles across the Puget Sound on the Olympic Peninsula. Portland, Oregon, also received snowfall.

Icy roads will make the commute challenging in Seattle and Portland.

“We are in particular, concerned about the chance of black ice and other icy conditions around the city,” said Hannah Schafer of the Portland Bureau of Transportation.

The agency is urging people to stay home if they don’t have to travel on Monday. That way, roads will stay clear and safe for emergency vehicles and those buses.

In Portland in the early part of the week, overnight temperatures will get down to the low teens.

State officials in Oregon have declared an emergency.

In Multnomah County – home to Portland — six severe weather shelters are open with plans to open additional sites, including at the Oregon Convention Center.

“We expect many more people to need a warm place to sleep as temperatures drop and more snow is forecast,” said Julie Sullivan-Springhetti, the county communications director.

On Sunday night officials said the shelters were at 63% capacity with 248 people – most are people experiencing homelessness.

Along with Multnomah County and Portland, Oregon Gov. Kate Brown issued a state of emergency declaration Thursday evening to remain in effect through Jan. 3, saying expected snow and sustained temperatures below freezing could result in critical transportation failures and disruptions to power and communications infrastructure.

Seattle Mayor Jenny Durkan signed an emergency order on Christmas Eve that allows for incentive pay for city workers who will be providing direct services during the cold snap.