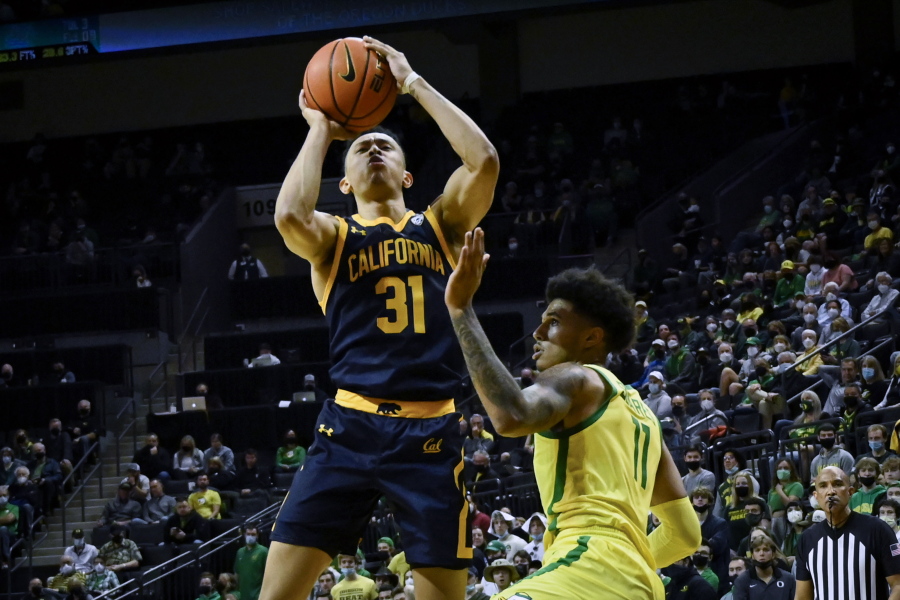 EUGENE, Ore. — Jordan Shepherd scored a career-high 33 points and California earned its first win in Eugene and the Pac-12 Conference’s biggest upset of the season, smacking the Ducks 78-64 on Saturday.

Cal grabbed the lead with a 24-0 run in the first half and maintained a double-digit advantage throughout the entire second half.

The Golden Bears (11-15, 4-11) had struggled through 10 straight losses and had not won a road game coming into this week’s road trip to Oregon. They posted their first road win Thursday, beating the Beavers 63-61.

Oregon jumped out to a 12-5 lead almost five minutes into the game but Cal answered with 24 unanswered points to take a 27-12 lead and by the time Shepherd threw down a dunk with two seconds left in the half the Golden Bears held a 38-22 advantage.

Shepherd, the lone Cal player to reach double-figure scoring, was 13 of 15 from the free-throw line and hit 9 of 15 shots from the field while the Golden Bears shot 26 of 50 (52%) as a team. Shepherd grabbed seven rebounds, had three assists and made four steals.