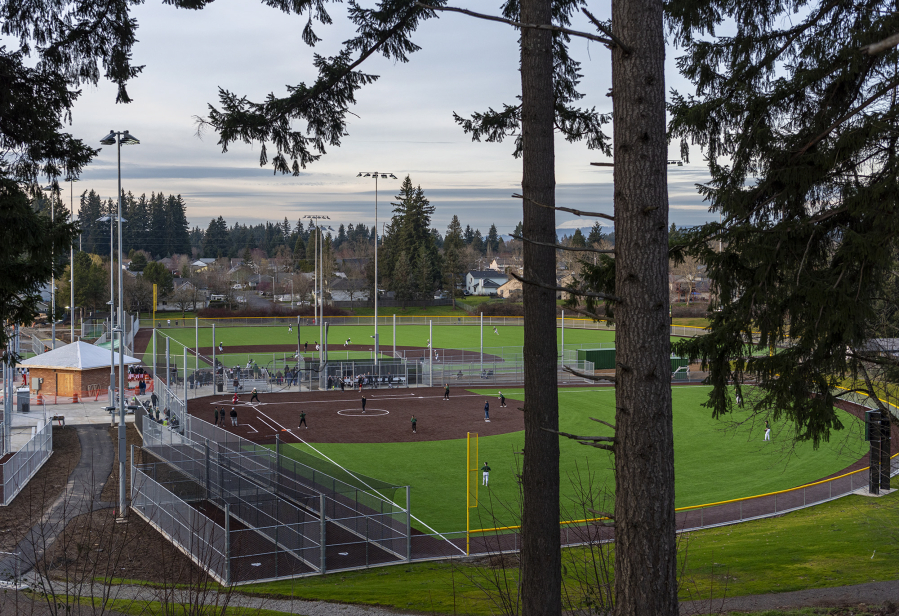 Jaden Rippelmeyer struck out 16 over seven inning and went 2 for 3 at the plate as Mountain View rallied from an early hole to beat Kelso 4-2 in a 3A Greater St. Helens League baseball game on Thursday.

The win moved Mountain View into a first-place with Kelso atop the 3A GSHL at 3-1.

A Riley Kirk RBI single in the first and a dropped third strike in the second helped Kelso build a 2-0 lead.

But Mitch Johnson’s RBI single in the bottom of the second followed by Casen Reed’s RBI double and Rippelmeyer’s single in the third put Mountain View in the lead.

Rippelmeyer shut out the Hilanders from there, and the Thunder added another run in the fifth.

Reed finished 2 for 2 with three runs, a double, triple and RBI for Mountain View.