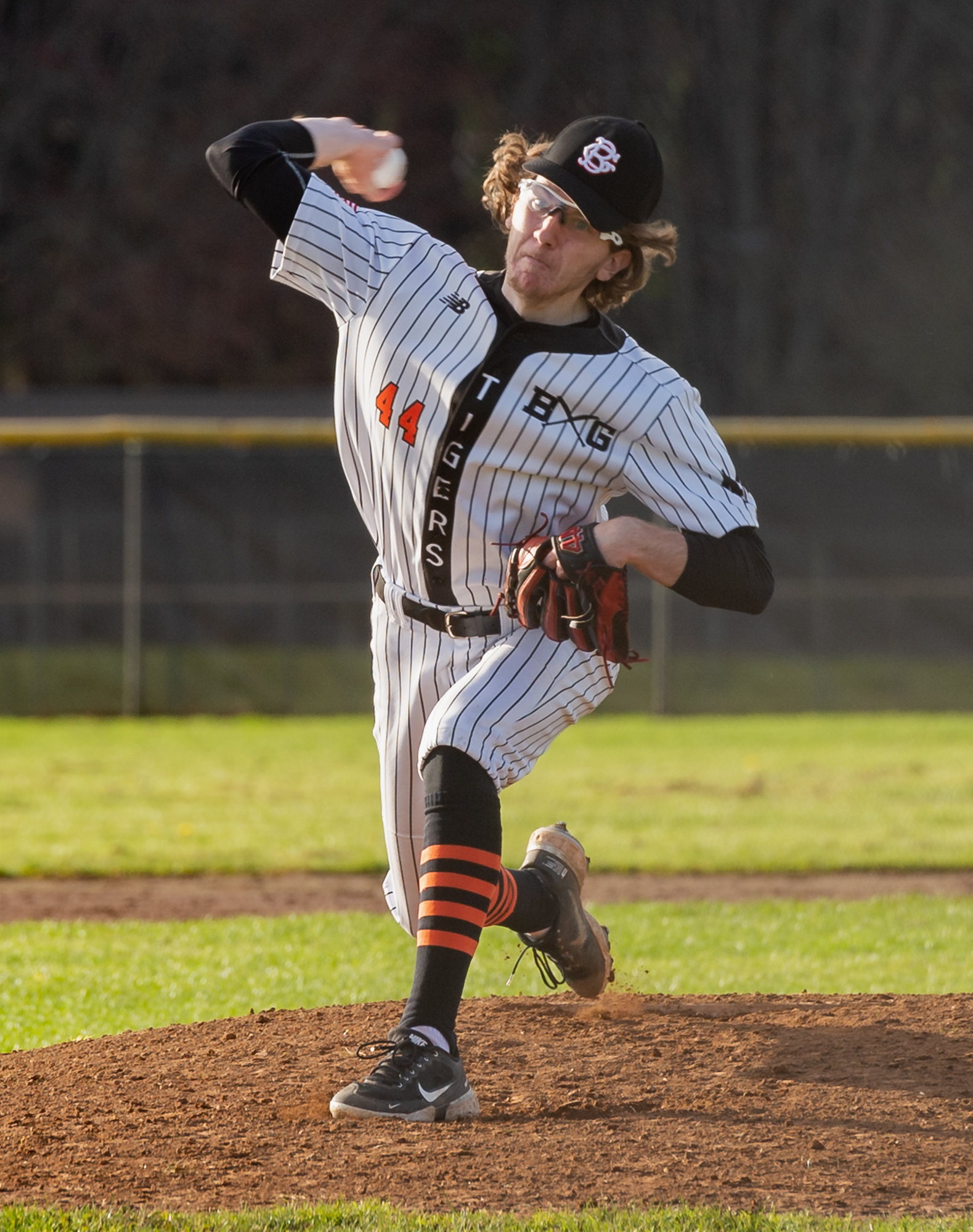 Zach Hauser struck out 13 in a complete-game effort as Battle Ground baseball edged Union 1-0 on Tuesday.

Hauser, a University of Utah commit, allowed just three hits and walked none. He threw 102 pitches, tossing first-pitch strikes to 15 of 24 batters.

Evan McGuire was also excellent on the mound for Union, striking out seven, walking none and scattering seven hits. But the Tigers broke through in the bottom of the sixth when Kevin Ferguson’s two-out double drove in Carter Hotchkiss.