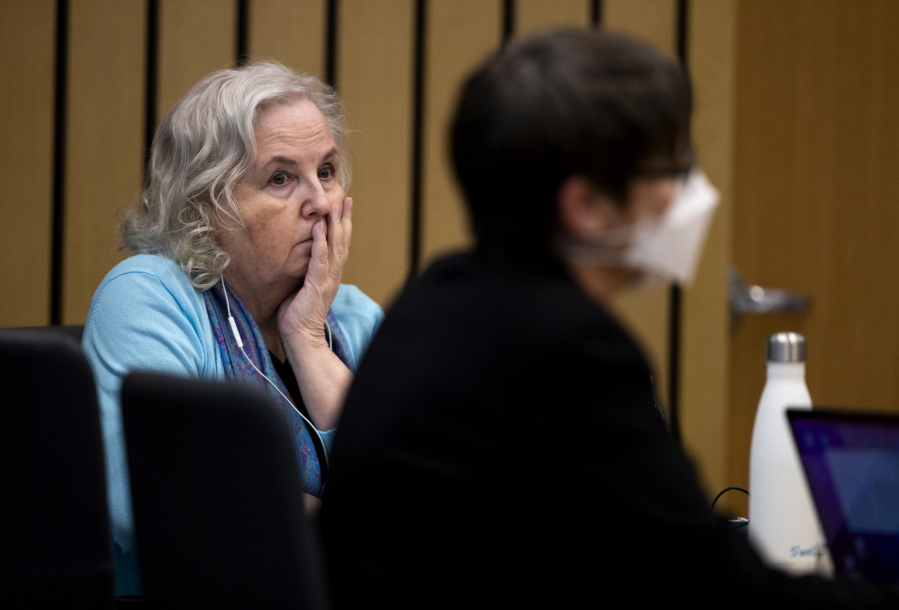 PORTLAND  — A jury in Portland has convicted a self-published romance novelist — who once wrote an essay titled “How to Murder Your Husband” — of fatally shooting her husband four years ago.

Brophy, 63, was killed June 2, 2018, as he prepped for work at the Oregon Culinary Institute in Southwest Portland.

Prosecutors told jurors that Crampton Brophy was motivated by money problems and a life insurance policy.

Crampton Brophy said during the trial, however, that she had no reason to kill her husband and that their financial problems had largely been solved by cashing in a chunk of Brophy’s retirement savings plan.

She owned the same make and model of gun used to kill her husband and was seen on surveillance camera footage driving to and from the culinary institute, court exhibits and court testimony showed.

Police never found the gun that killed Brophy. Prosecutors alleged Crampton Brophy swapped out the barrel of the gun used in the shooting and then discarded the barrel.

Defense attorneys said the gun parts were inspiration for Crampton Brophy’s writing and suggested someone else might have killed Brophy during a robbery gone wrong. Crampton Brophy testified during the trial that her presence near the culinary school on the day of her husband’s death was mere coincidence and that she had parked in the area to work on her writing.

Crampton Brophy has remained in custody since her arrest in September 2018, several months after her husband was shot. Her sentencing has been scheduled for June 13.