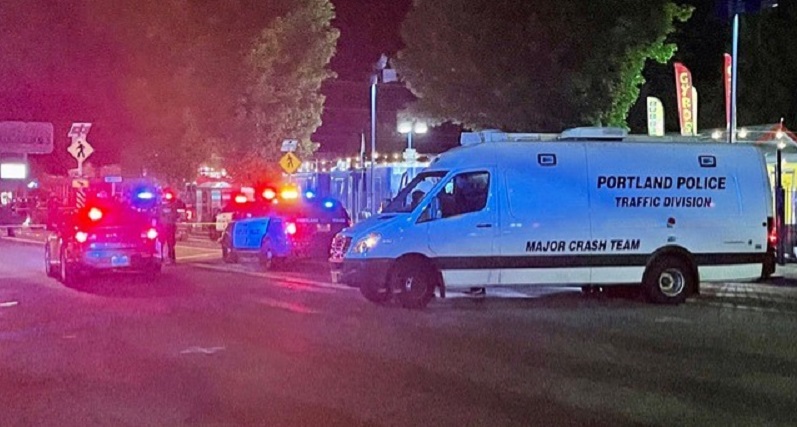 PORTLAND, Ore. (KOIN) — A person was killed Monday night after being struck by a car, according to Portland police.

Officers responded to a report of a crash near SE 82nd and Center St. just after 9 p.m. Police arrived at the scene and discovered that a pedestrian was hit by a car and died from their injuries.

During the investigation, SE 82nd Ave. is closed between SE Powell and SE Holgate Blvd.

If anyone has information about this incident and has not already spoken to police, they’re asked to please contact [email protected] and reference case number 22-151378.

This is a developing story.