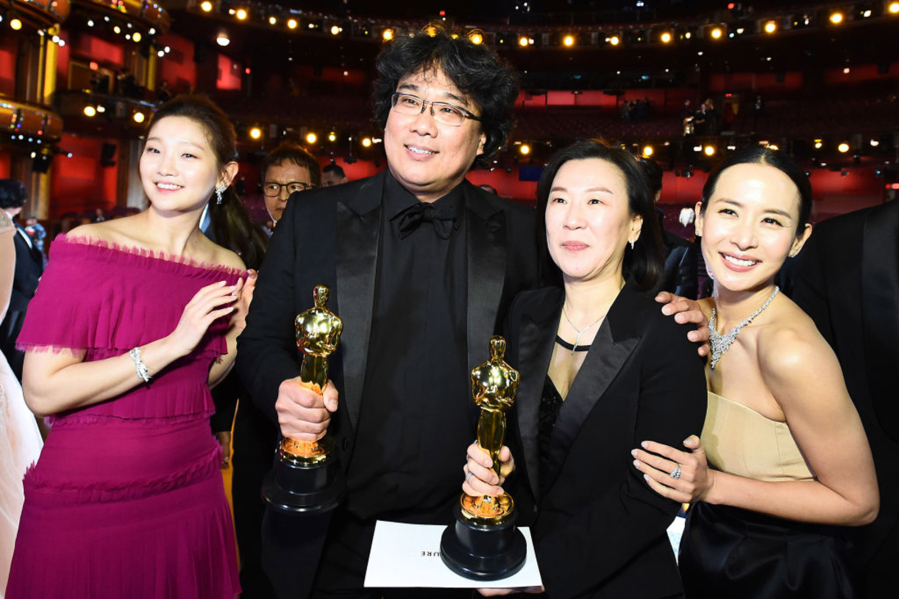 The K-pop fans are crazy for Korea.

Over the past two years, 30-year-old media professional Yoomi Park has traveled to South Korea, Japan and Canada, making new friends in Taiwan, Malaysia, Vietnam and around Europe — all because of a shared passion for a K-pop supergroup called Twice.

An estimate released by the Korea Foundation figured there were about 105 million hallyu fans spread throughout 109 countries excluding South Korea in September 2020 — a 43 percent increase from four years ago, when around 73 million people were K-pop fans.

Today, the Korean pop takeover — which may have begun with BoA, the first K-pop artist to appear on the Billboard 200 chart with her eponymous album in April 2009 — continues a stunning and seemingly endless trajectory.

In March 2020, “Parasite” became the first non-English-language film to win the Oscar for best picture; a few months later, BTS’ 9th LP, “Be,” debuted at No. 1 on the Billboard 200, making the group the fastest band to accumulate five chart-toppers since the Beatles. Most recently, Netflix’s record-breaking dystopian Korean-language drama “Squid Game” has generated a reported $890 million for the streaming service since its Sept. 17 premiere.

Park, who was born in Texas to Korean parents and now lives in New York City, claims to not be a typical K-pop fan. As a Korean American, “I chose to ignore it when I was growing up,” but ended up falling “into the world of K-pop in late 2016,” Park told the Daily News.

Even though they wouldn’t reveal how much they have spent in their K-pop globetrotting, they admitted that travel and lodging expenses are just a small part of the puzzle.

“K-pop isn’t just music anymore,” Park said, explaining the well-oiled moneymaking machine behind the multibillion-dollar industry. “The way they sell albums [is this]: They create incentives,” Park said. “In physical albums, they add photocards, or stickers, or things that you have to collect.”

Those items — “think NFL, MBA, baseball trading cards with photos and selfies of each member” — are randomly sold with the physical CDs, and each copy comes with four or five of them. “If it’s a set of 100, that means you have to go out and buy a ton of albums, to be able to get a full set, and then you trade for them or you sell them or you buy them,” they said.

This devotion is especially telling since Park’s favorite K-pop group Twice only recently began its official crossover into the Western market, with the release of its first English-language single “The Feels” last month — which led the nine-member girl group to become the latest K-pop music act to hit the Billboard Hot 100 chart. They follow BTS’s record-smashing, jaw-dropping six No. 1 hits, and Blackpink’s seven songs to hit the Hot 100 charts — to name a few.

As a musical category, “K-pop is based on Euro-American pop traditions, like pop styles, R&B, hip-hop,” said Hae Joo Kim, an assistant chair of the professional music department at Berklee College of Music. “But probably the best way to think about it is to understand K-pop not as a music, but as a whole culture.”

Kim, an educator and researcher who holds a Ph.D. in ethnomusicology and who focuses on the Korean music industry, said a critical component of the success of K-pop is its loyal fan base, and how they want to honor their idols.

While the music is good and catchy, there’s another layer that adds to the appeal of K-pop: It has a very significant visual aspect about it, signature dance moves which fans like to mimic as a way of expressing their loyalties — whether by posting the dance on TikTok, or by dancing “in your own living room,” Kim said.

“K-pop really builds that so well, because it’s so multidimensional: It’s visual, there’s drama, there’s storytelling, there’s a lot of slick choreography, they sing well, and the videos are highly produced,” he said. Fans “just become very invested in their dreams.”