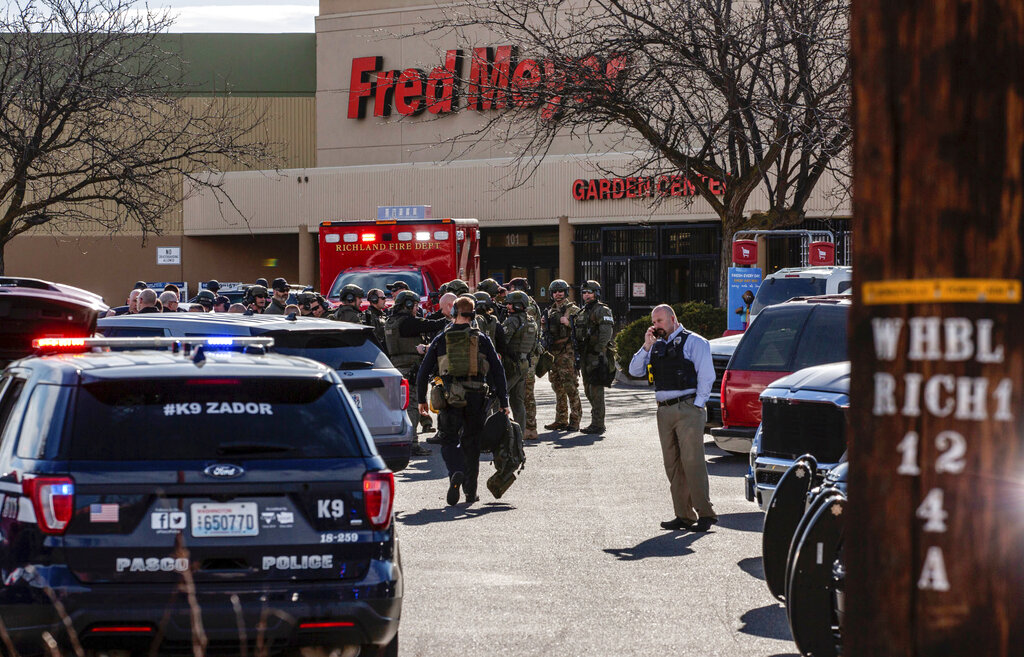 RICHLAND — Authorities are searching for a man who opened fire Monday at a grocery store in Washington state, killing one person and injuring another.

The suspect in the shooting at a Fred Meyer store in Richland was described as a middle-aged white man with a handgun. He is believed to have fled the store after the shooting, though it was not known he left by foot or in a vehicle, Richland police Commander Chris Lee said.

Authorities confirmed one person died and another was taken to a hospital with injuries. No further details were released.

Screenshots from store surveillance footage showed the suspect was wearing a plaid shirt with a dark-colored down vest, a black gaiter or scarf pulled over his nose, light-colored pants and athletic shoes, the Tri-City Herald reported.

Employees and customers were escorted out of the store to a parking lot while officers went aisle by aisle searching for the shooter or other victims.

Richland is about 200 miles (320 kilometers) southeast of Seattle. It’s part of the Tri-Cities area, which includes Kennewick and Pasco and has a combined population of more than 280,000.

Police and sheriff’s deputies from across the Tri-Cities were called to help, and schools were placed on lockdown.