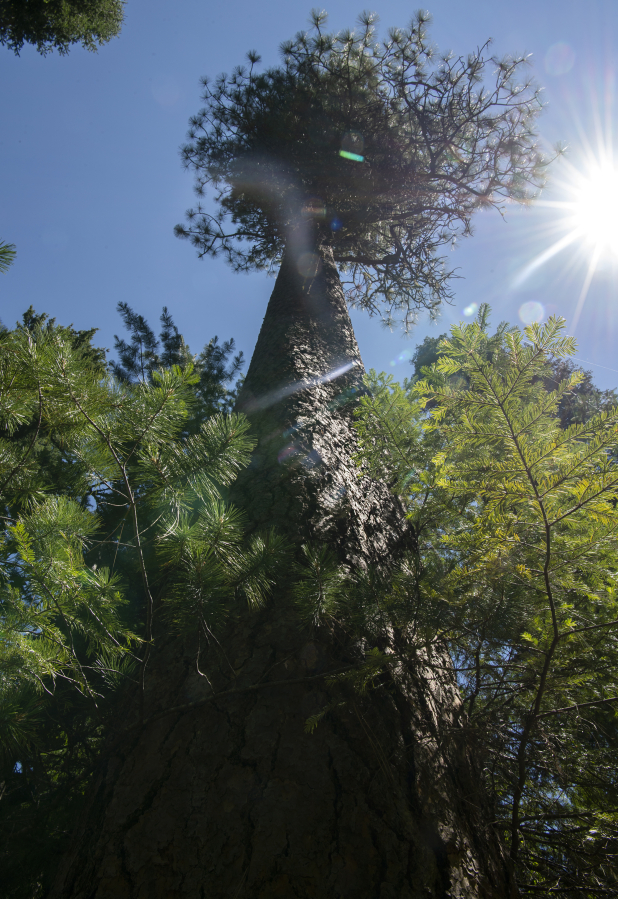 CENTRALIA — The status of the Pinchot Partners is similar to that of nearly every business and organization in Washington right now: seeking normalcy after the pandemic warranted major shifts in operations.

The Pinchot Partners is a forest collaborative, a group of different stakeholders in the Gifford Pinchot National Forest.

In 2002, habitat preservation for the northern spotted owl extinguished the once-thriving timber industry of east Lewis County, along with many other areas in Washington. With the industry’s death came recession and reduced quality of life for many residents. On the other hand, many conservationists saw the efforts as a win. The owl became the subject of books and laws, bumper stickers and fights.

But the northern spotted owl controversy did give way to one positive thing: a collaborative to represent the folks on all sides that still persists today.

Now, the Pinchot Partners mostly work with less controversial topics, but they still don’t shy away from disagreement. On the collaborative’s board are representatives from the Cowlitz and Yakima tribes, U.S. Forest Service, the Lewis County Outdoor Recreation and Tourism commission, businesses including White Pass Highway Shopper and Hampton Lumber, research institutions and many other agencies and organizations.

“Folks just gathered in the forest, in the Gifford Pinchot, and went through this visioning process of what they wanted for East Lewis County and the forest and the communities that depend on it,” said Janene Ritchie, Pinchot Partners executive director. “There were loggers, there were labor union folks, folks from the Cowlitz Indian Tribe, conservation organizations. So as you can imagine, those folks aren’t necessarily going to envision the same future, right? And a lot of times they’re going to have competing priorities.”

What came out of that process, Ritchie said, was the realization that these groups have more in common than not, and that even though it would prove challenging even decades later, there was a way to work together and make consensus-based decisions about the forest. Pinchot Partners became an organization the following year.

Ritchie — who works remotely from Vancouver, where her husband has a job — began working full time with the collaborative in March 2020, right before the world was about to enter a major shift from the pandemic. Like any organization, the Pinchot Partners had to adapt. Their entire ethos of in-person collaboration was threatened, but Zoom meetings would have to suffice. Likewise, their annual meeting — usually a two-day conference — was held on Zoom for two years in a row.

But the partners are gearing up to once again meet in person. When holding the annual meeting earlier this month, the group discussed 2022 goals. First, the Pinchot Partners intend to return to the regular meeting format, or at least a hybrid meeting, around May.

The nonprofit will also bring back its yearly “field trips,” which it postponed in 2020. The partners are aiming for three of them this year, with the first likely to take place in June.

Other goals for the year include huckleberry data collection and monitoring, hiring a communications coordinator and creating a “zones of agreement” document to assist with future stakeholder debates, discussions and decisions.

“We basically just distill down the partners’ stance on each of these topics. It’s really important to note that we don’t always agree. The zones of agreement can help us illuminate where we do agree and where we don’t agree,” Ritchie said, adding later: “We don’t shy away from different challenging perspectives and that’s why we exist.”