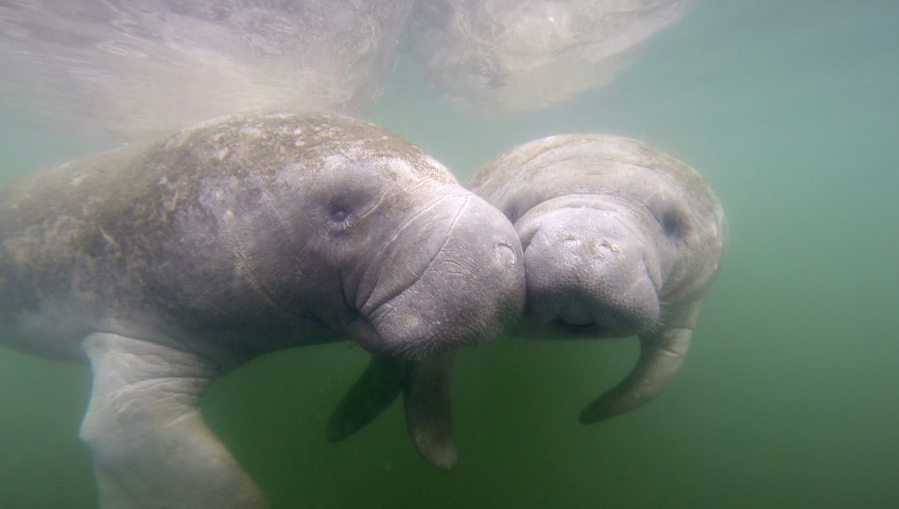 TAMPA, Fla. — Since July, every weekly update from state wildlife officials has set a new record for the most manatee deaths counted in a single year. On Wednesday, Florida crossed an especially tragic threshold: more than 1,000 manatees dead.

The exact count, through Nov. 12, was 1,003 manatees, according to the Florida Fish and Wildlife Conservation Commission.

“It makes me sad and angry,” said Patrick Rose, executive director of Save the Manatee Club, a conservation nonprofit.

The bad year got off to a quick start. Manatees took shelter from cold water by warm discharges from a power plant in the Indian River Lagoon off Brevard County, scientists say. The area is a typical wintering spot, but years of algal blooms there have killed tens of thousands of acres of seagrass. That destruction left manatees without enough food. Many starved.

“It could’ve been prevented,” Rose said. The algal blooms that have decimated the lagoon are fueled by human pollution, like septic and sewer overflows and fertilizer runoff during rainstorms.

Starvation is not the only culprit for manatee deaths, though. Nearly 100 have been killed in collisions with boats or other watercraft, according to Conservation Commission data. Red tide has also contributed. The Tampa Bay and Pinellas shorelines were hit hard by a toxic bloom this summer.

The die-off in 2021 has left some with fears for the long-term health of one of Florida’s most beloved and iconic species. Manatees are listed as a threatened animal, after federal wildlife regulators improved their status from endangered in 2017. The Conservation Commission in recent years estimated at least 7,520 were alive.

U.S. Rep. Vern Buchanan, R-Fla., introduced a bill in August to return manatees to an endangered status. If passed, HR 4946 could draw more funding and attention, Buchanan said, which he hopes would help protect the creatures.

“I represent Manatee County. Manatees are so beloved there, but also across Florida,” Buchanan said.

Manatees aren’t only cute, Rose said. Their health is a signal for the well-being of the overall ecosystem. Many fish and turtles also eat or live in seagrass, and poor water quality affects human health.