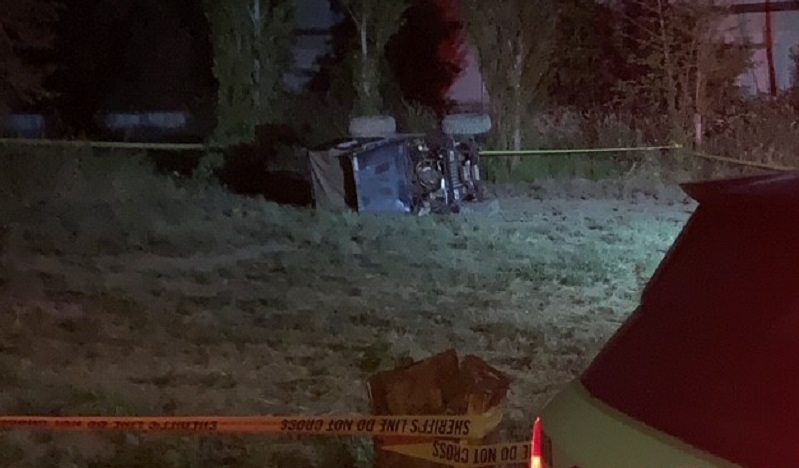 PORTLAND, Ore. (KOIN) — A 34-year-old man died when the modified Jeep Wrangler he was in flipped over on private property during a party in Aloha Saturday night.

The Jeep crashed around 9:30 p.m. in the 19300 block of SW Blanton, the Washington County Sheriff’s Office said. Investigators said Sean Michael Hogan was the passenger in the Jeep, which had been modified for off-road use.

The Jeep tipped over and Hogan fell out. He died at the scene.

The driver was taken to the hospital for treatment of undisclosed injuries, but is expected to recover, officials said.

The exact cause of the crash remains under investigation.