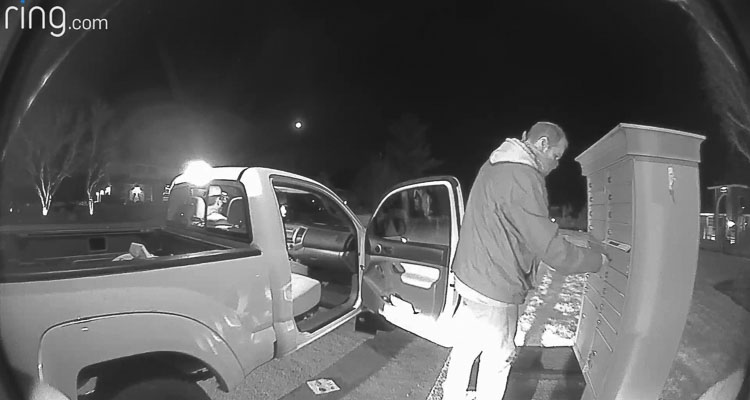 Property crime is on the rise around Clark County and one of the types of crime that is becoming increasingly prevalent is mailbox theft.

During a virtual town hall event on rising property crime held in January, Clark County Sheriff Chuck Atkins testified that CCSO data shows a 33 percent increase in lower-level crime and auto thefts are up by 48 percent in the unincorporated areas of the county. A report by the Vancouver Police RMS Database, showed that reports of theft in the city of Vancouver were up 51.8 percent between 2019-2021.

“I know we see mail theft across the city and often in the community mailboxes which are sometimes damaged to break into, others seem to have a key,’’ Vancouver Police Department (VPD) Public Information Coordinator Kim Kapp told me late last week.

“It is an issue,’’ confirmed Sgt. Brent Waddell of the Clark County Sheriff’s Office. “There is not a neighborhood anywhere in the county that is immune to mailbox theft.’’

Residents in an East Vancouver neighborhood are among those who have experienced this trend, telling Clark County Today about how suspects have used a master key to open the community boxes in that area on more than one occasion to steal packages and pieces of mail.

The residents of the neighborhood actually installed a camera and have a video account of the suspects in the act of committing that crime. The suspects appeared to be quite brazen, showing no signs of fear over being viewed or exposed. Still, the presence of that suspect information hasn’t resulted in any success in the effort to thwart this type of theft of property.

When contacted by the victims in the East Vancouver thefts, a USPS official didn’t even want to see the video that was offered as evidence. The official indicated one of the reasons they don’t have a solution to the problem is that the USPS has so few master keys that each key is used for a very large area. This flaw in the system means that the USPS official says they can’t afford to change hundreds of community mailboxes each time a key is stolen.

The victims in the East Vancouver thefts even went to the effort of researching alternatives to the community mailboxes currently in their neighborhood. They found examples of personal locking mailboxes that could be placed in clusters, similar to the community mailboxes. The mail carrier could slide the mail into the box through a slot and the recipient would use a key to retrieve the mail. The mail carrier would not need a key to the mailbox. However, even if the residents were willing to accept the expense of replacing the community mailboxes with the locking mailboxes they would need the permission of the USPS to do so and they were recently told that those changes would not be approved.

Residents of an East Vancouver neighborhood were interested in installing these individual locking mailboxes to thwart thefts. However, in order to replace community mailboxes, even at their own expense, they needed the approval of postal officials, who were unwilling to make those changes to the mail delivery system.

“There will be no changes to the mail delivery system at this time,’’ Seattle Division/Portland Domicile Postal Inspector/Team Leader Adam L. Sale told one of the victims in an email. “The best piece of advise [sic] I can provide for your neighbors is for them to not leave mail in their mailbox over night [sic].  If they won’t be home use our app to hold the mail or have someone pick it up.”

“Tips for prevention of mail theft include knowing when your mail is delivered and if possible pick it up right away,’’ Kapp said. “If you are going on vacation, make sure to have a trusted friend/neighbor pick up your mail daily. Report any suspicious activity near mail boxes to 9-1-1, and call in license numbers and descriptions of anyone who may be breaking into mailboxes. If you suspect you have been the victim of mail theft, report it  and then watch your bank/credit card accounts to make sure there is no fraudulent activity. If you suspect identity theft or fraud this page covers how to report fraud and get a copy of your credit report: Identity Theft Prevention | City of Vancouver, Washington, USA.’’

Sale went on to tell one of the victims that mail theft is going on all over the place and their attention is only where they are able to document identity theft or some sort of loss.

There was a celebrated case last year where suspects of the identity theft of thousands of Southwest Washington residents were captured in Florida by a Vancouver-based bail bonds service. However, most area residents share my lack of confidence for solutions by area law enforcement agencies or the postal service.

Sgt. Waddell indicated that the thieves appear to target the mailboxes for theft at common times when checks might be inside.

“It seems to be cyclical from the aspect of when thieves perceive checks to be in the mail,’’ said Waddell, who cautioned area residents they could be targeted after April 15 when income tax return checks are delivered.

Like Kapp, Waddell said it is not an easy crime for law enforcement to address.

“If it’s a good enough picture, we have a high success rate of identifying who the person is,’’ he said. “But if it’s just a blue car with tinted windows with an Oregon license plate, for example, that type of suspect information isn’t as helpful.’’

But, even after law enforcement identifies a suspect, that doesn’t mean the suspect will be arrested or prosecuted depending on the value of the stolen property and other factors.

“Nine times out of 10, that person we ID is transitory in nature,’’ he said.