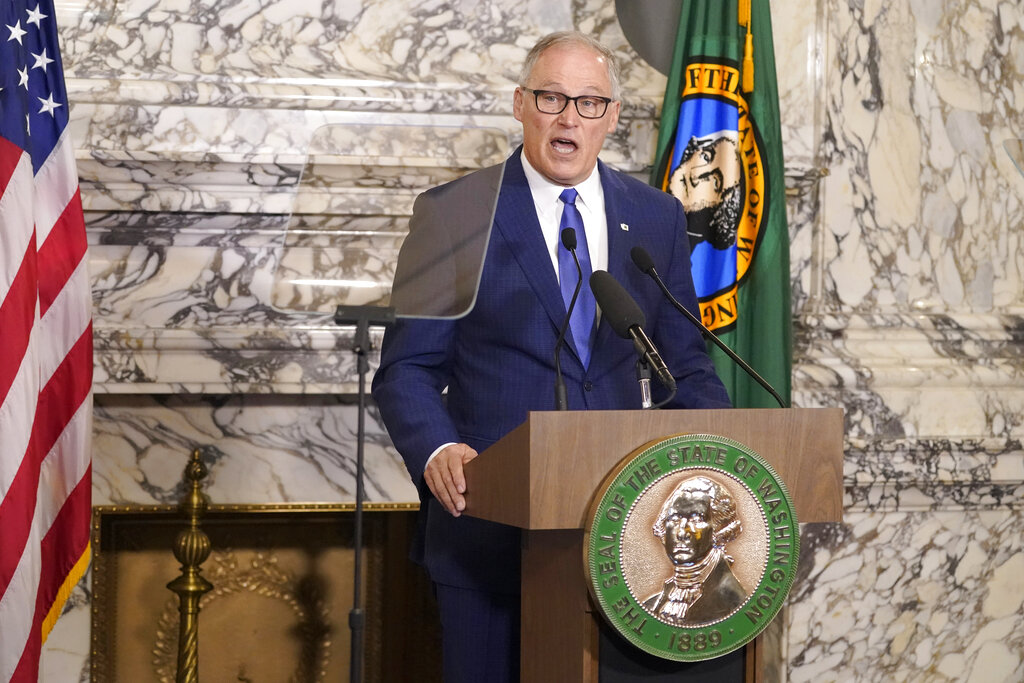 OLYMPIA — Washington Gov. Jay Inslee announced Wednesday that starting late next week, elective surgeries can resume in the state and a mask mandate for large outdoor events will be lifted, but said the indoor mask mandate will remain in place for now.

However based on dropping COVID-19 hospitalizations in the state, Inslee said he expects to be able to share a date next week on when indoor masking requirements, including at schools, can be lifted.

“I agree with CDC that today is not the day to totally eliminate masks, but it is a day that is rapidly approaching,” he said at a news conference.

Starting Feb. 18, non-urgent procedures — which have been on hold since last month due to concerns about hospital capacity — can resume, since the governor decided to not extend the ban beyond the set four weeks. That same day, the mandate for masks at outdoor events with 500 or more people will lift. Inslee also said that National Guard deployments to help hospitals to assist in non-medical tasks and set up testing sites will draw down soon.

Superintendent of Public Instruction Chris Reykdal said in a news release Wednesday he is recommending that the governor and the state Department of Health to change the mask guidance for schools.

“As part of the transition from pandemic to endemic, I believe it is safe and timely to eliminate the statewide masking requirement for students and allow for a decision by local health officials,” he said.

Inslee said he is “on the same page” with the superintendent, but wants to see another week of data before choosing a date. He noted that removal of a statewide mandate will not prohibit local health departments from imposing their own masking mandates if they choose.

Washington is one of just a handful of states that still have an indoor mask mandate.

In recent days, Democratic governors in several states have ended or set dates to end masking rules in public places or in schools. The White House has also signaled it is beginning to prepare for a less-restrictive phase of the national COVID response.

“We’re making decisions based on the epidemiology of our state, not other states,” Inslee said.

As of this week, the state had more than 1.3 million confirmed or probable cases since the start of the pandemic and 11,099 deaths.

More than 80 percent of the Washington population age 5 and older has received at least one dose of vaccine, and more than 72 percent is fully vaccinated.

As of this week, more than 2.5 million people have either received a booster or a third dose, according to the Department of Health.