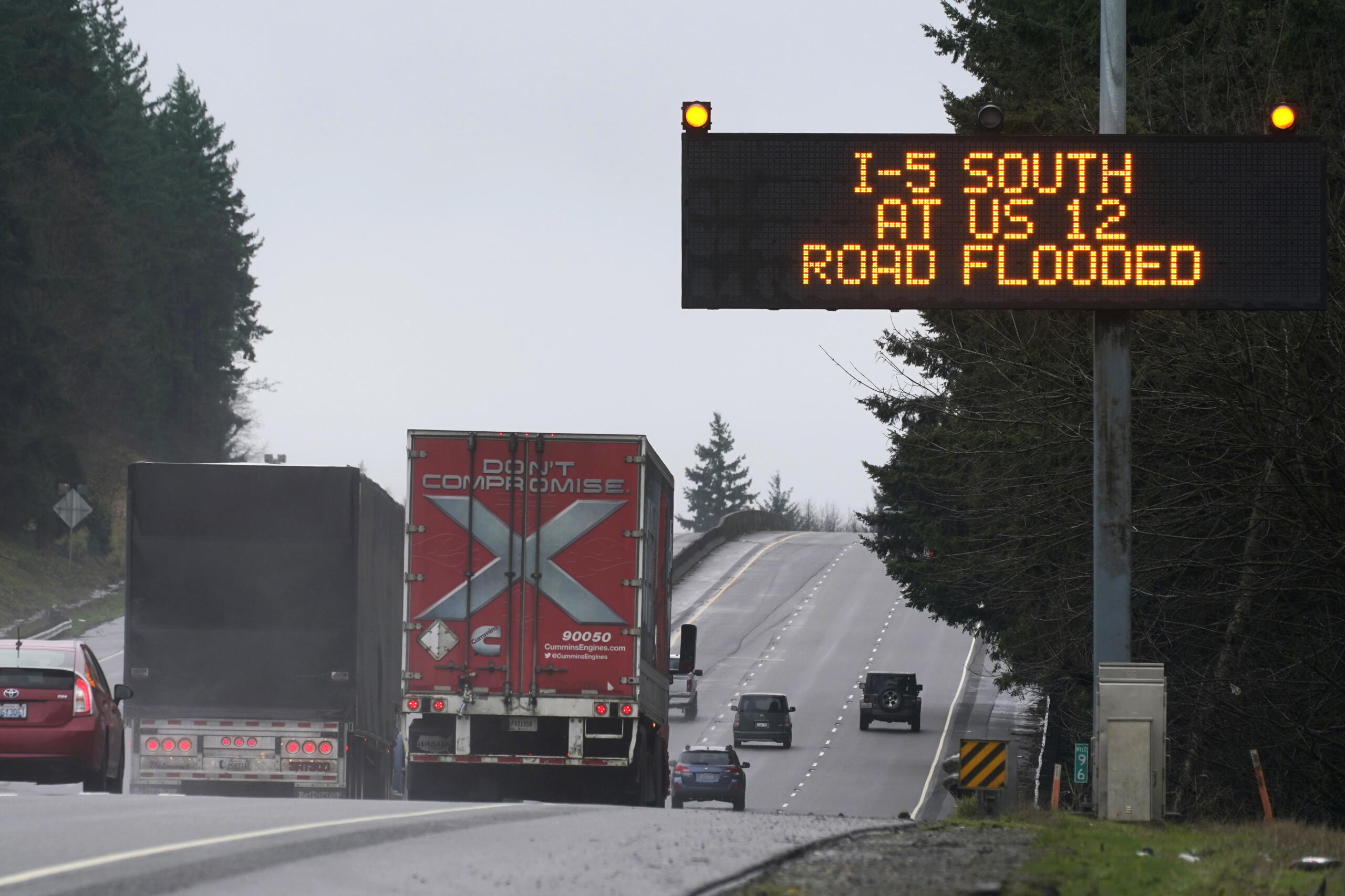 A 20-mile stretch of Interstate 5 is open again in Lewis and Thurston counties after flooding forced the closure before 8 a.m. Friday.

The north and southbound closure was between mileposts 68 and 88, making I- 5 inaccessible between U.S. 12 and state Route 6.

Areas of Lewis County are still seeing some flooding so drivers are advised to use cation and not drive on flooded routes, according to Washington State Patrol Trooper Will Finn.

The Washington State Department of Transportation  started a blog to help residents keep track of closures and problems across the state.

All passes through the Cascades of Washington are closed. They are not anticipated to reopen until Saturday or Sunday.

Travel along the coast is dicey with various highways closed due to flood waters. South Bend on U.S. 101 and the Willapa River, has experienced major flooding in the past day.

A similar stretch of I-5 was shut down during major flooding in 2007 — the largest flood in Centralia-Chehalis history.