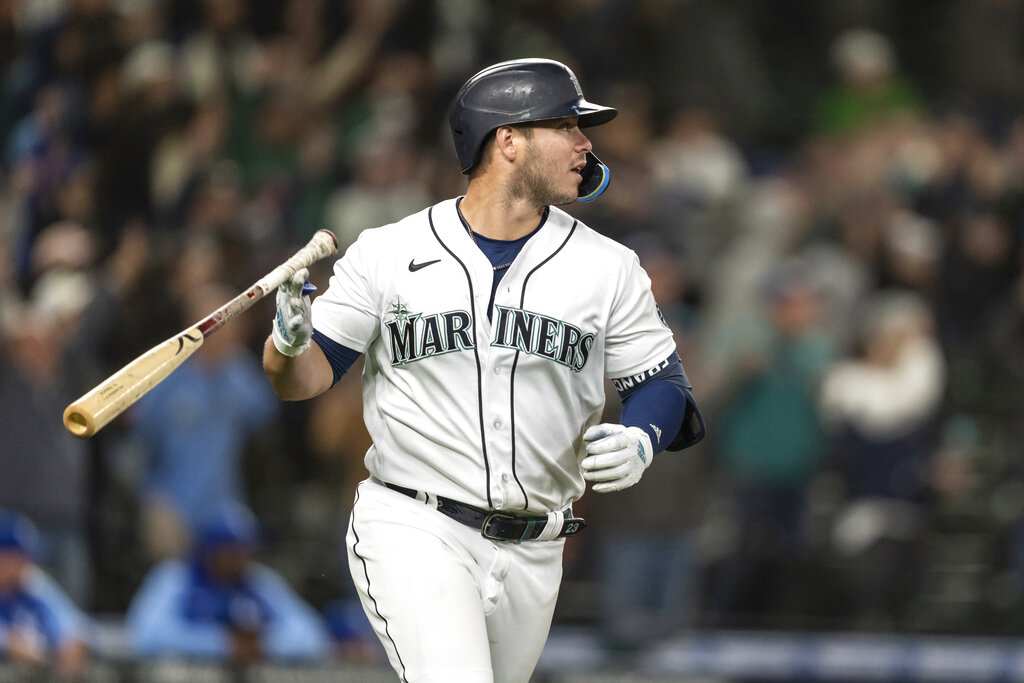 SEATTLE (AP) — Ty France had five hits, including a three-run homer, and the Seattle Mariners beat the Kansas City Royals 13-7 on Saturday night.

France, who had five RBIs, became the first Mariners player with five or more hits in a game since Dee-Strange Gordon on May 1, 2018.

Seattle had seven extra-base hits. J.P. Crawford had two hits, including a two-run homer in the first.

Diego Castillo (1-0) pitched a perfect eighth for the win.

The Royals entered the seventh trailing 6-4. Carlos Santana tied it with a two-run homer to right field before Edward Olivares gave Kansas City the lead with an RBI double.

France drove in a run with a single in the bottom of the inning.

Abraham Toro’s ground-rule double in the third drove in Eugenio Suarez and put the Mariners up 5-1. Toro was the last batter to face Royals starter Kris Bubic, who gave up seven hits and five runs in two innings.

With the bases loaded and one out, Hunter Dozier singled to score Andrew Benintendi. A throwing error by Crawford at shortstop allowed Salvador Perez to score. Bobby Witt Jr. then drove in Santana with a single.

A double by Suarez scored France in the sixth to give the Mariners a two-run lead heading into the seventh.

The Mariners acquired outfielder Stuart Fairchild from Arizona for cash. Fairchild will report to Triple-A Tacoma. Infielder Kevin Padlo was designated for assignment.

Royals: Perez was hit in the hand by Yohan Ramirez’s fastball in the seventh inning. He remained in the game. … OF Michael A. Taylor got the night off. He’s expected to return to the lineup for Sunday’s series finale.

Mariners: None of the players or coaches who tested positive for COVID-19 have rejoined the team yet.