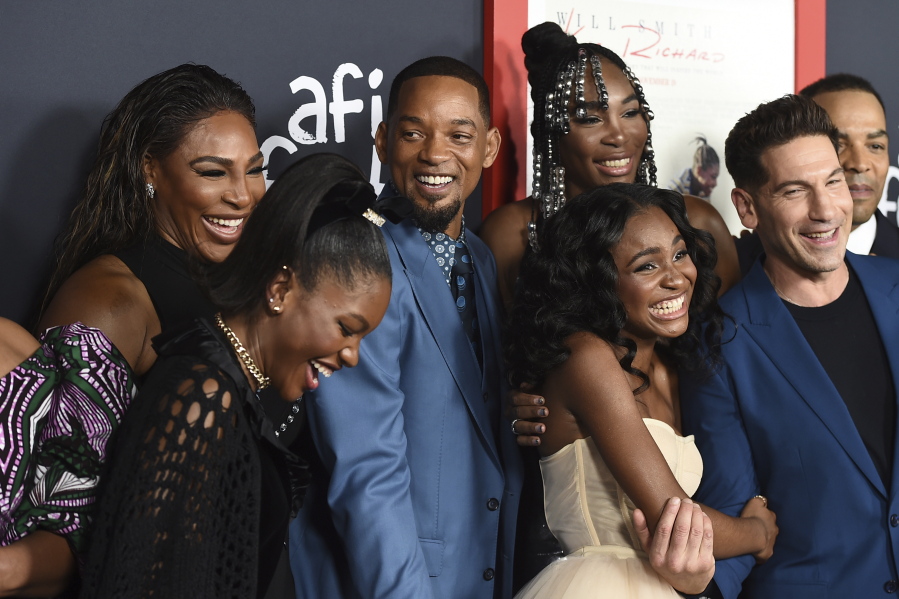 But Smith — who stars in the upcoming drama “King Richard” as Richard Williams, father and coach to Venus and Serena Williams — is reemerging after an extensive period of introspection. The 53-year-old, as he writes in a new memoir, has been meditating, participating in ayahuasca ceremonies and generally asking himself a lot of questions: about his own childhood and his choices as a father, husband and movie star.

“My family was starting to hate me,” he says, chuckling. “Everything was going so well, and everybody was so miserable. I thought, ‘Maybe I should take a look at this.’

“From a spiritual standpoint, I started bumping up against the ceiling of what material pursuits can deliver. I climbed a whole lot of mountains and started to realize the carrot on the stick of material success,” Smith continues. “I guess I started hoping that there was something else, because if hit movies was all there was, I was going to be in a mess.”

With more than $4 billion in box office, Smith is one of the movies’ biggest draws and most natural showmen. But he’s no longer interested in pretending to be superhuman.

“King Richard,” which Warner Bros. will release Friday in theaters and on HBO Max, is part of a new direction for the actor. His performance is a sensitive and soulful portrait of a father who channels all his pain into love for his family. And it’s led to the best reviews of Smith’s career. A two-time Oscar nominee (“Ali,” “The Pursuit of Happyness”), Smith is widely considered the favorite to win his first Academy Award.

“Ten years ago, I wouldn’t have had the maturity and the life experience to find the subtle colors and textures,” Smith said in a recent interview. “Richard Williams is a hard man to love. But he’s a hard man to love because of how hard he loves. He has been so brutalized, and he has been so disrespected and disregarded. When you bump into that trigger, there’s a volcano of hurt in there. His family became his oasis.”

“King Richard,” directed by Reinaldo Marcus Green, is an intimate view of the Williams tennis juggernaut and a nuanced depiction of their father-coach, often rendered as more of a self-promoting megalomaniac. It’s an authorized view of the Williams family; Isha Price, one of Venus and Serena’s three half-sisters, is a producer. It captures them as a tightly knit family whose accomplishments, from Compton to Centre Court, came from their determination and unity.

Aunjanue Ellis plays Oracene Price, their mother. (Price and Williams divorced in 2002.) “King Richard” may be foremost about Richard, but Ellis’ performance, too, has been singled out for the way she honors the less-known but no less formative parent of Serena and Venus.

“She is one of a long line of Black women that I know personally that hold the weight of the world with a smile, or not a smile, on their shoulders,” says Ellis. “Mothers like her, in general, can’t compartmentalize what they do in their children’s lives. They are their children’s coach, but at the same time, they have to cook and clean. … She was so much to this family.”