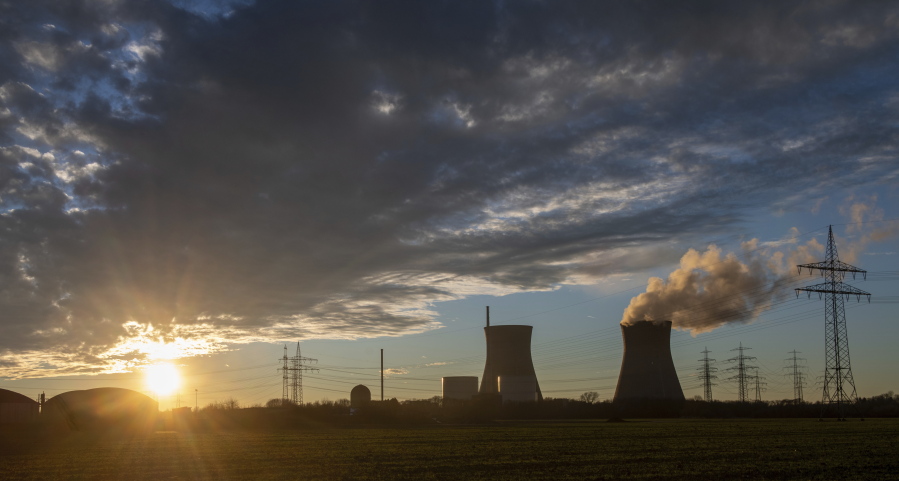 BRUSSELS — Draft European Union plans that would allow nuclear and gas energy to remain part of the bloc’s path to a climate-friendly future came under immediate criticism over the weekend from both environmentalists and some governing political parties in EU member nations.

In draft conclusions seen by The Associated Press, the EU’s executive commission proposes a classification system for defining what counts as an investment in sustainable energy. Under certain conditions, it would allow gas and nuclear energy to be part of the mix.

The plans would have a huge impact on nuclear-fired economies like France and on Germany’s gas-fueled power plants since they might have had to fundamentally change their strategies.

Energy use accounts for about three-quarters the greenhouse gas emissions produced in the EU and is thus instrumental to the 27-nation bloc’s efforts to meet its commitments for curbing global warming.

The plans still need the backing of a large majority of the 27 member states and a simple majority in the European Parliament. But the initial thrust from the EU Commission is a key element of the procedure for passage.

“Classifying investments in gas and nuclear power as sustainable contradicts the Green Deal,” the EU’s initiative that is intended to make the bloc climate-neutral by 2050, said Ska Keller, the president of the Green group in the European Parliament.

France has asked for nuclear power to be included in the so-called “taxonomy” by the end of the year, leading the charge with several other EU countries that operate nuclear power plants and want to make it eligible for green financing.

French Minister for European Affairs Clement Beaune said the proposal is good on a technical level and insisted on Sunday that the bloc “cannot become carbon neutral by 2050 without nuclear energy.

Germany, the EU’s biggest economy, is heading the other way, Germany shut down half of the six nuclear plants it still had in operation on Friday, a year before the country draws the final curtain on its decades-long use of atomic power.

Gas is a polluting fossil fuel, but it is still considered a bridge technology by the EU to reach a cleaner energy future.

“The EU Commission’s proposals water down the good label for sustainability,” Habeck, who represents the Germany’s environmentalist Greens in the country’s coalition government, told German news agency dpa. “We don’t see how to approve the new proposals of the EU Commission,” he said.

“In any case, it is questionable whether this greenwashing will even find acceptance on the financial market,” Habeck stressed, referring to the practice of painting investments as sustainable when they actually are not.

In Austria, Climate Protection Minister Leonore Gewessler from the Greens also sharply rejected the proposed regulation, saying “the EU Commission took a step towards greenwashing nuclear power and fossil gas in a night and fog action.”

“They are harmful to the climate and the environment and destroy the future of our children,” Gewessler said.

The environmental NGO Greenpeace called the Commission draft proposals “a licence to greenwash.”

“Polluting companies will be delighted to have the EU’s seal of approval to attract cash and keep wrecking the planet by burning fossil gas and producing radioactive waste, said Greenpeace’s Magda Stoczkiewicz.

Especially nuclear power remains extremely controversial in Europe, where many are still vividly remember the fear following the 1986 nuclear accident in Chernobyl, Ukraine. In Germany, children weren’t allowed to play outside anymore for months, couldn’t go mushroom hunting for years and the farmers had to destroy their entire harvest the year it happened.

On the other hand, nuclear plants release few pollutants into the air, which have made them an option as nations around the world seek clean energy to meet climate change targets.