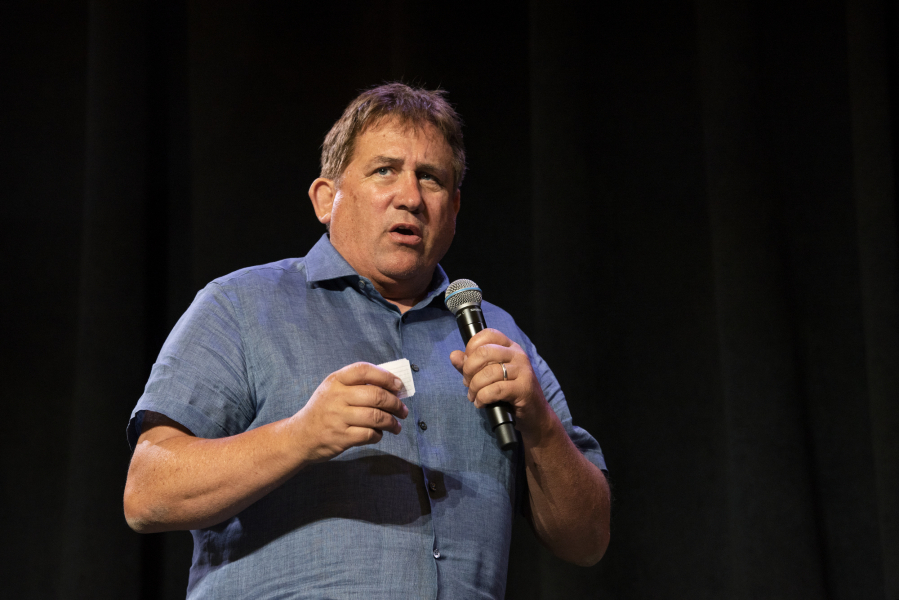 “As his spirit soars with the eagles, we ask for you to respect the privacy of Barnett’s family and the Tribe during this time,” the Tribe said in a news release. “Details for a celebration of life will be forthcoming.”

“(Dave) Barnett dedicated his life to serving the Cowlitz people. He led with passion, deep generosity and an unending commitment to the Cowlitz Tribe. His legacy is one that touched the lives of many,” the Tribe said in the news release.

“At this difficult time, the Tribe will pull together to honor Dave’s legacy and continue his vision,” Kinswa-Gaiser said in the news release.

The Tribe will honor a weeklong Tribal mourning period, during which time its flags will be flown at half-staff.

“Our deepest condolences to the Cowlitz Indian Tribe upon the passing of General Council Chairman David Barnett. His strong commitment to the Tribe will be long remembered,” Vancouver Mayor Anne McEnerny-Ogle said in a Facebook post Sunday.

According to the news release, among his initiatives, Barnett:

Barnett ran track and cross county in high school and earned a scholarship to the University of Washington, where he earned a degree in communications in 1984.