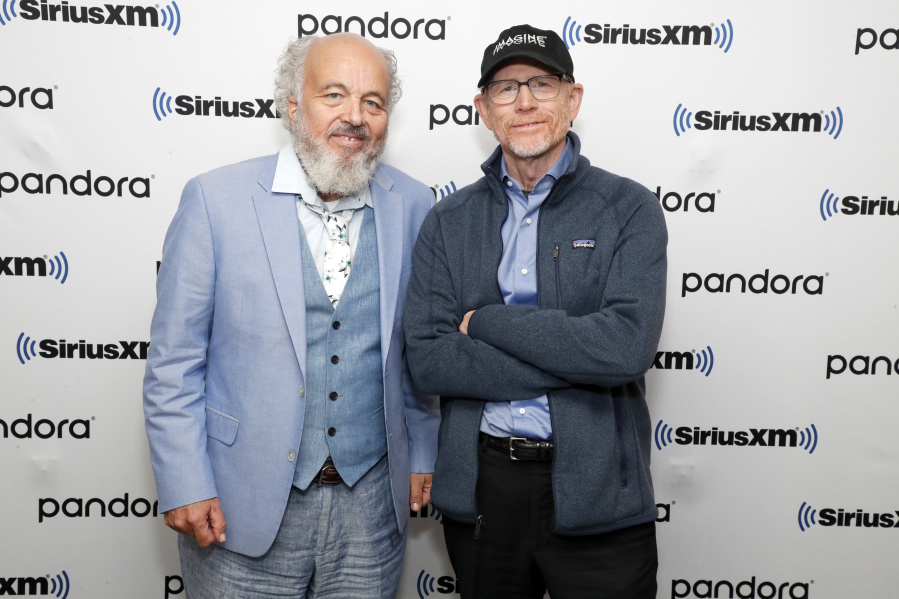 Clint Howard has not matched the success of brother Ron, but you’ll never hear the younger sibling complain. That’s because he has had a pretty good run of his own.

As a child actor, he starred opposite a bear in the TV series “Gentle Ben” and appeared as a powerful alien in an early episode of “Star Trek.” He’s made so many memorable cameos in beloved films that he even won a Lifetime Achievement Award at the 1998 MTV Movie Awards.

Now, the Howard brothers have teamed up to write “The Boys: A Memoir of Hollywood and Family,” which looks at old Hollywood and is a love letter to their parents. Clint Howard spoke about it by phone from his home in Burbank, Calif.

I assume you wrote most of the book during the pandemic. How was the writing process?

It was slow in the beginning, as writing usually is. Ron didn’t really want to do a memoir, but Tom Hanks was really the one who encouraged him do something about childhood. We knew, even back then, that our parents were really special. Unparalleled in this business. I hope we give them their due credit. We picked on our mom a lot when we were growing up. I feel bad about that. The last time Ron and I collaborated as writers was for the novelization of his film “Cotton Candy.”

What do you think were your best performances a child actor?

I feel like I really excelled in “The Red Pony” with Henry Fonda and Maureen O’Hara. That got nominated for a lot of Emmys. Henry was pretty cold to me. I’ve seen some adult actors work that way. I understand it. I’m kind of amazed how well I handled “Star Trek” and how comfortable I was with that. I’m too young to remember the episode of “Bonanza” I did called “All Ye His Saints.” But going back and watching it, I’m very proud of that performance. There was an episode of “Night Gallery” about a boy who predicts earthquakes. That was pretty heady stuff.

How about as an adult?

In “Rock ‘n’ Roll High School,” I got to play a wheeler-dealer who wouldn’t let anything get in his way. I really got the spirit of that movie. And then there’s “Apollo 13.” John Sayles did an uncredited rewrite for that movie. It felt great to work with Ed Harris, one of the greatest actors in American history. I was so proud of Ron, the way he ran that ship as comfortably and confidently as he did.

Who’s the most impressive actor you’ve ever worked with?

As a child, I was really impressed how easygoing and strong Ben Johnson was. He had just won the Academy Award when we worked together on “The Red Pony.” He was a really comfortable cowboy. Jim Carrey is a freaking genius. What he had to do on “The Grinch” was unbelievable. The last thing you want to do is be funny after being in makeup for three hours and then climbing into a wet suit. When we were working on “Fun With Dick and Jane,” he broke away to tell me how much I meant to him when he was a little dude watching me on “Gentle Ben.” Eddie Murphy said the same thing to me. That means a lot.