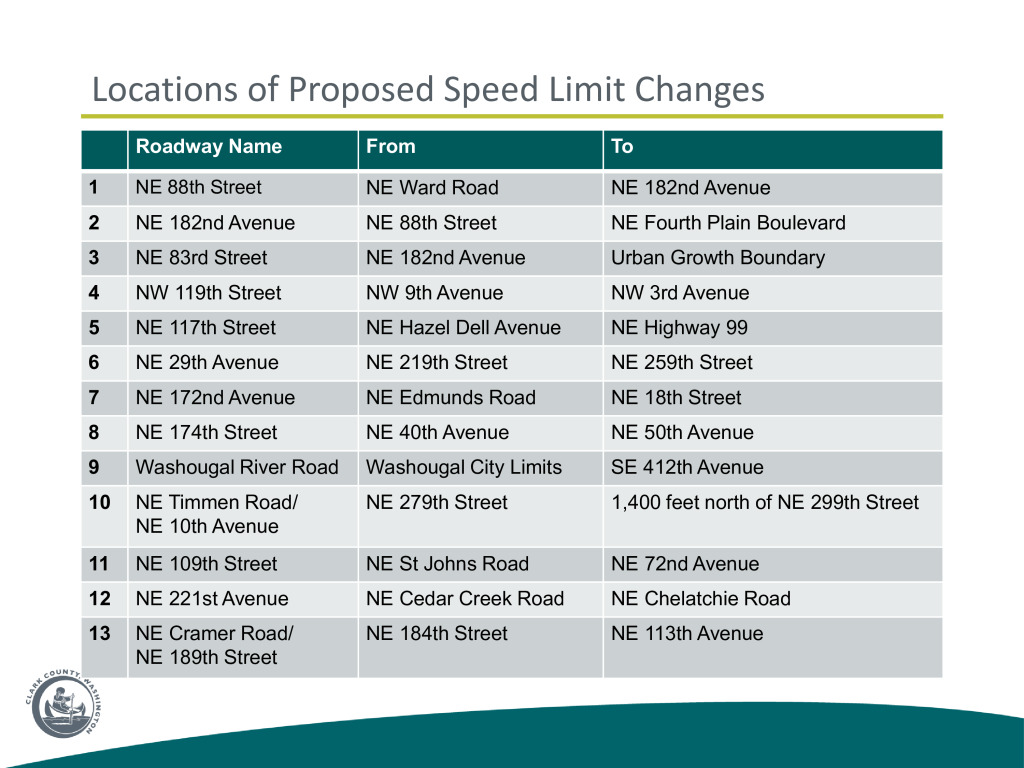 Some Clark County drivers will soon need to add extra time to their commute.

Public Works proposed the changes after studying existing speed limits. The department considered several factors before making its recommendations, such as the physical condition of the roadway, including lane width, curves and sight distance; vehicle mix and crash history; and roadway classification, access density and pedestrian usage.

“Our county, from time to time, reviews the safety and operations of county roadways. Among those is the review of existing speed limit signs,” Ejaz Khan, senior traffic engineer for Public Works, told the council.

One example Khan gave was 88th Street, which currently does not have a posted speed limit between Ward Road and 182nd Avenue. Khan said the road is an urban arterial that consists of two travel lanes.

A new speed limit is needed because “there are a lot of homes being built there, and it’s becoming urbanized,” Khan said.

Many of the county roads on the list are classified as unposted, which means they fall under the state’s “basic rule,” which requires drivers to drive according to safe operating conditions.

“It’s a mix of things that come into play when deciding what would be the most appropriate speed,” Khan said. “We like to establish speed limits that are the most safe.”

The approved changes are:

Public Works will begin replacing signs or placing new signs for the approved changes over the next two to four weeks.

For more information, view the full staff report at https://bit.ly/3CM0YqO.