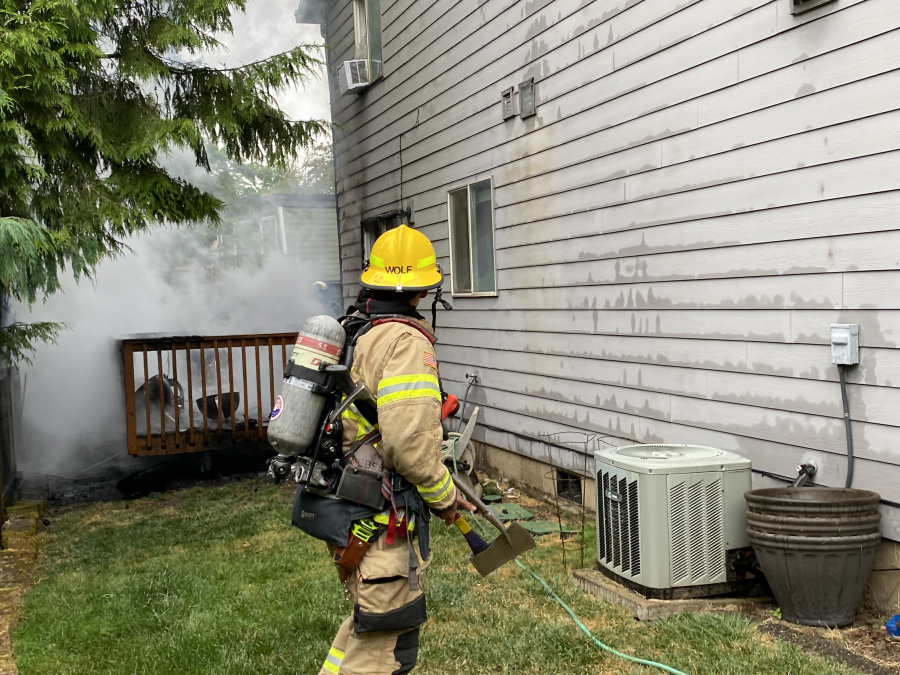 Clark County Fire District 6 responded at 8:41 a.m. to the 300 block of Northwest 96th Street, a few blocks east of Columbia River High School. Firefighters could see the column of smoke from several blocks away, according to a department news release.

When crews arrived, the fire had already destroyed much of the back deck, the fire department said.

Four engine companies, one truck, one squad and one battalion chief got the fire under control in about 10 minutes, according to the news release. Fire District 6 was assisted by the Vancouver Fire Department.

No one was injured.

The Clark County Fire Marshal’s Office is investigating the cause of the fire.