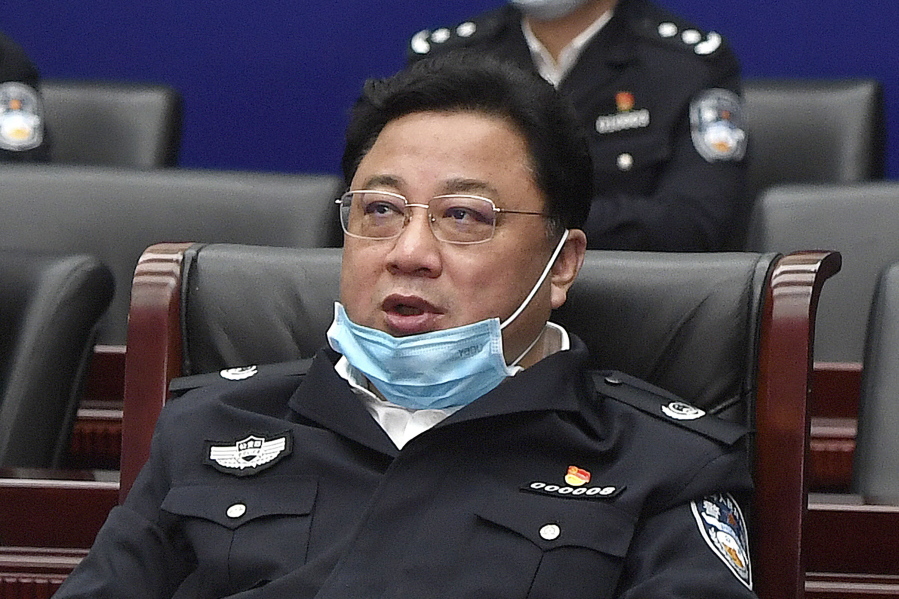 Sun Lijun faces accusations of selling government positions, manipulating stock prices and illegally possessing firearms, in one of the most high-profile corruption trials in years.

Sun, who is also accused of abandoning his post amid the COVID-19 outbreak, has pleaded guilty, state broadcaster CCTV said in a report on the trial, which is being held at the Intermediate Court in the northeastern city of Changchun.

Sun was shown standing in the dock in a blue windbreaker, with uniformed police officers on either side of him.

It was not immediately clear when a verdict would be rendered. China’s courts have a conviction rate of more than 99%. With prosecutors describing Sun’s crimes as “especially serious in nature,” he is likely facing a lengthy prison sentence.

President and head of the ruling Communist Party Xi Jinping has waged a decade-long campaign against corruption that has ensnared numerous serving and retired high-ranking officials in what some see as politically motivated prosecutions.

In an announcement last year on Sun’s expulsion from the party, he was accused of having displayed “extremely inflated political ambition and very poor political integrity,” issuing groundless criticisms of the Party’s policies and spreading political rumors.

Sun is also named in a lawsuit brought by the U.S. Justice Department against Las Vegas casino mogul Steve Wynn last month to compel Wynn to register as a foreign agent because of lobbying work it says he performed at the behest of the Chinese government.

The lawsuit says the lobbying effort was done on behalf of senior Chinese government officials, including Sun, who sought Wynn’s help in trying to get a Chinese national’s visa application denied, according to the complaint.

Beijing was seeking the return of the man, who had been charged with corruption in China and was seeking political asylum in America. The effort was ultimately unsuccessful.