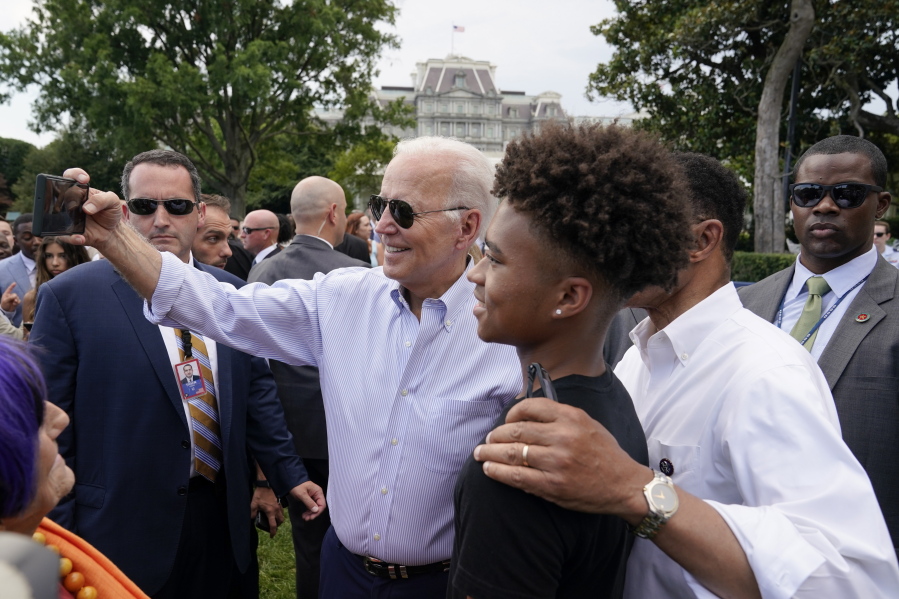 President Joe Biden’s approval rating is underwater in Washington as midterm primary ballots arrive in voter mailboxes, according to a new statewide poll.

Just 43% of voters surveyed approve of Biden’s job performance, compared with 53% who disapprove, according to the WA Poll of 731 registered voters.

While Biden is not on the ballot, the midterms are typically a referendum on the sitting president and his political party. Ballots for the Aug. 2 primary are being mailed this week to the state’s 4.8 million registered voters.

The president’s numbers in Washington remain somewhat higher than his average national approval rating of about 39%, according to a database of polls tracked by FiveThirtyEight.

The WA Poll was conducted July 6 through July 10 by SurveyUSA and sponsored by The Seattle Times, KING 5, the University of Washington’s Center for an Informed Public and Washington State University’s Murrow College of Communication. Additional poll findings on topics including abortion rights, gun laws and election misinformation will be released in the coming days.

Biden retains support among Democrats, with 79% approving of his performance in office so far. More than 90% of Republicans disapprove, as well as 64% of independents. In Washington state, voters do not register by party, so the party affiliations were self-reported in the poll.

At about midway through his third term, Gov. Jay Inslee’s job approval rating is roughly evenly divided, and slightly underwater, with 47% of poll respondents giving him a positive rating and 49% giving him a negative rating.

Inslee’s ratings have declined compared with a KING 5/SurveyUSA poll conducted in October, which found 48% approval and 42% disapproval.

The public dissatisfaction with Biden could impact key races for control of the state Legislature, currently dominated by Democratic majorities, as well as contests for Congress and the U.S. Senate.

“Voters are looking for change,” Heimlich said. “In this case I think the voters in Washington state are concerned with inflation, cost of living, gas prices, grocery prices as well as public safety.”

He pointed to a TV ad aired by U.S. Rep. Kim Schrier, D-Sammamish, who is facing a tough reelection fight in the swing 8th Congressional District. In the ad, Schrier claimed to be “taking on the Biden administration” over gasoline prices. “Clearly they’ve got some polling to show President Biden is very unpopular in the 8th District,” Heimlich said.

State Democratic Party Chair Tina Podlodowski said she doesn’t find the Biden approval numbers worrisome. “Our candidates are not suffering from this,” she said, adding Democrats are energized to vote, especially since the recent Supreme Court rulings on abortion, guns and tribal sovereignty.

Biden’s numbers have been dragged down in part by rising consumer prices, which hit a four-decade high inflation rate of 9.1% last month. In Seattle, consumer prices rose 10.1%, the largest increase on record since 1998, when the U.S. Bureau of Labor Statistics started tracking Seattle data.

“I think Trump created the economic conditions that have created inflation,” she said, characterizing Biden and Democrats as working to “clean up” Trump’s mess. She noted gasoline prices have steadily declined over the past month after a big spike.