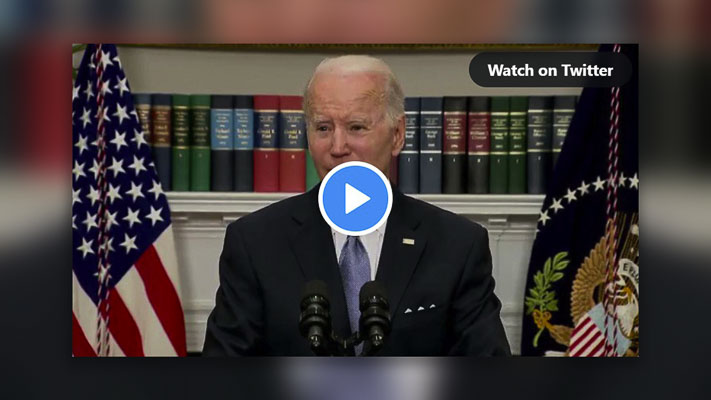 President Biden’s plan to lift the pandemic-related Title 42 immigration rule appears to conflict with his administration’s legal appeal to maintain the mask mandate on federal transport.

Biden brings up the DOJ’s appeal to the travel mask mandate being struck down…?

Does Joe Biden know that these are two different issues? pic.twitter.com/LOTLVEzj7W

Is COVID-19 under control or not? The ending of Title 42, a CDC rule aimed at stopping the spread of COVID from foreign nations, suggests that it is. But the effort to maintain masking in one of the most sanitized environments on the planet indicates it is not.

On Thursday, the inconsistency was spotlighted by Biden’s perplexing response to a reporter, suggesting the president thought Title 42 was about the Florida federal judge’s ruling this week blocking the mask mandate.

Biden had concluded remarks on aid to Ukraine when a reporter asked, “Are you considering delaying Title 42?”

“No, what I’m considering is continuing to hear from my, my — first of all, there’s going to be an appeal by the Justice Department because as a matter of principle, we want to be able to be in a position where if in fact it is strongly concluded by the scientists that we need Title 42, that we be able to do that. But there has been no decision on extending Title 42.”

The Justice Department, indeed, has filed a notice of appeal of the ruling on the mask mandate, but there is no indication that the DOJ is taking any action on the administration’s plan to end Title 42 on May 23.

Title 42 enables border agents to immediately turn back asylum seekers – the vast majority of whom don’t comply with the legal standard for acceptance – who come from countries afflicted by a communicable disease outbreak, such as COVID-19. More than 1 million people have been turned back under the rule.

The White House issued a statement of clarification from Biden to Fox News.

“I want to clarify that, in comments at the conclusion of my remarks this morning, I was referring to the CDC’s mask mandate and there is no Department of Justice action on Title 42,” said a clarifying statement from President Biden to Fox News.

But the statement did not address the question asked by the reporter. Does the president plan to delay the end of Title 42?

Regarding that question, a White House source directed Fox News to statements made Wednesday by White House press secretary Jen Psaki during the daily briefing.

“It is a public health authority. Congress gave the CDC authority to make determinations about when it should be lifted,” Psaki said. “So, right now, we are planning and preparing for the end of Title 42 enforcement on May 23rd. But I would say that there are a range — the president agrees that immigration in our country is broken; it’s a system that is broken.”

Psaki said there are “a range of ideas out there in Congress — Democrats, Republicans, others — some who support a delay of Title 42 implementation, some who strongly oppose it.”

“And there are a range of other ideas of reforming our immigration system,” she continued. “This would all require congressional action. We’re happy to have that conversation with them.”

U.S. Border Patrol agents warn that the already overwhelmed immigration system will be crushed with the lifting of Title 42.

If Title 42 is kept in place, he told Fox News anchor , there will be some relief, but the number of illegal alien encounters and border crossings, in any case, is “historic.”

But what can be done, he said, apart from the CDC, is to restore President Trump’s “Remain in Mexico” policy, which kept asylum seekers in Mexico while their applications were being processed.

The president halted the Trump policy on his first day in office then formally eliminated it six months later.

Homan asked “where is the outrage” over the record number of migrants, nearly 700, who have died attempting to cross the border under the Biden administration.

Further, hundreds have died in the Darien Gap in Panama trying to make their way to the southern border.