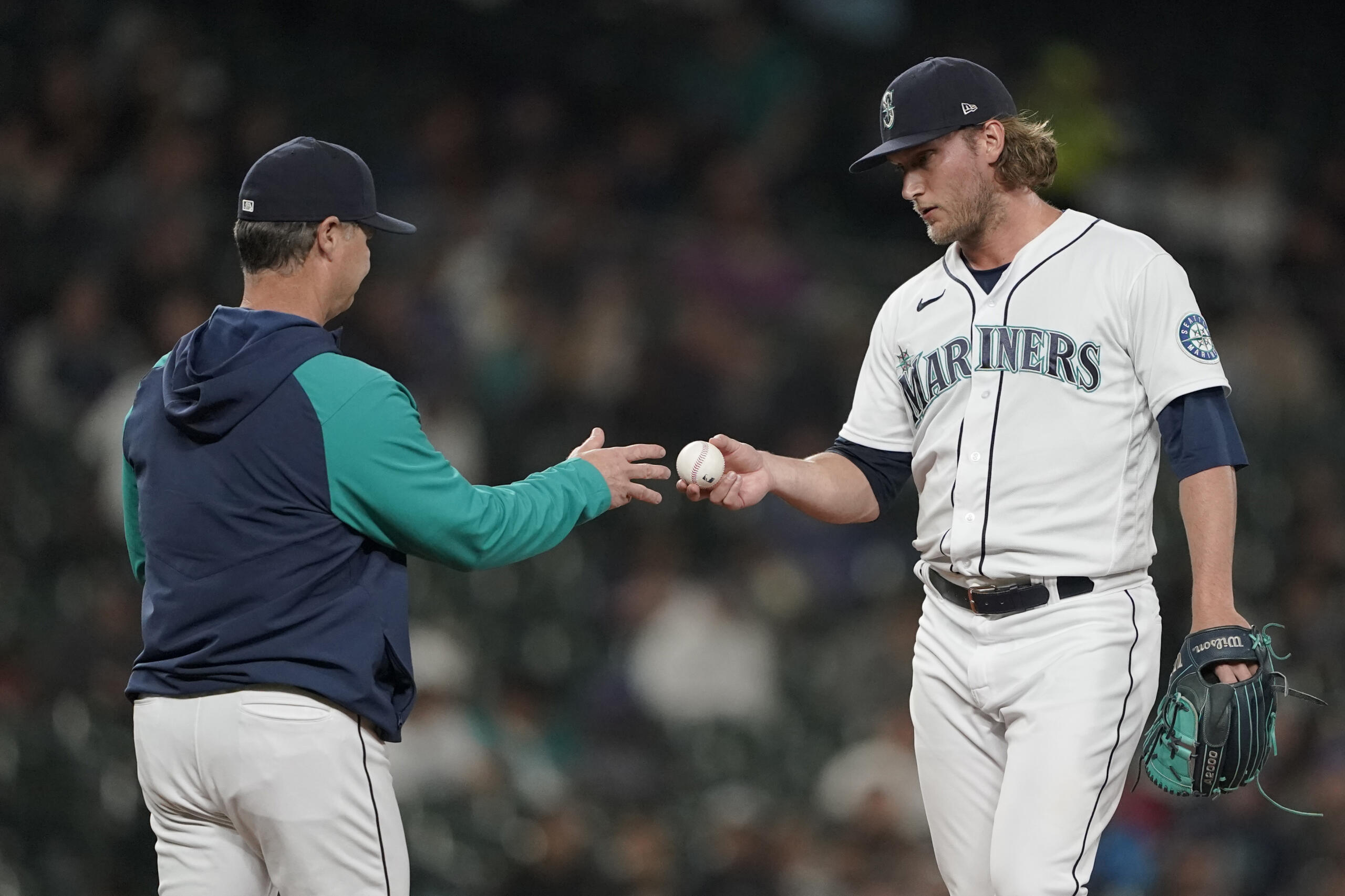 SEATTLE — Elvis Andrus hit a tying homer in the sixth, singled and scored in the seventh and the Oakland Athletics snapped a 13-game losing streak against the Seattle Mariners with a 7-5 victory on Tuesday night.

Tony Kemp had three hits for the Athletics and Jed Lowrie also homered.

With the score tied at 5 in the seventh, Andrus’ single off Anthony Misiewicz (0-1) was deflected by left fielder Jesse Winker. The error allowed Sean Murphy to score the go-around run. Luis Barrera then drove in Andrus with a double to give Oakland a two-run lead.

Sam Moll (2-0) pitched 1 1/3 innings for the A’s, who snapped a three-game losing streak. Their skid against the Mariners dated to last July 23.

Dany Jiménez earned his ninth save of the season.

Andrus, who had two hits, tied the score with a solo home run in the sixth.

The A’s fell behind 5-4 in the fifth after Ty France drove in a run and Julio Rodriguez followed with a towering, two-run homer to left field. It was Rodriguez’s fifth homer of the season and second in two games.

Oakland led 2-0 in the third thanks to RBIs from Chad Pinder and Lowrie, but France’s line drive in the bottom of the inning scored two for Seattle. France drove in three runs.

After Kemp hit a one-out single in the fifth, Lowrie followed with his third home run of the season to put A’s back ahead 4-2. Lowrie also had two hits.

The Mariners have lost five of their last six games.

A’s outfielder Ramón Laureano, who was hit on the hand by a pitch on Saturday, went for another X-ray before Tuesday’s game “to make sure we didn’t miss anything,” said A’s manager Mark Kotsay. His initial X-rays after the injury were negative.

Seattle outfielder Kyle Lewis, the 2020 American League Rookie of the Year, had two hits. His last major league game was nearly a year ago on May 31, 2021. The Mariners activated Lewis, who missed most of last season after undergoing surgery for a torn meniscus in his right knee, from the injured list before the game. He was the designated hitter and batted seventh.

Seattle released veteran outfielder Steven Souza Jr. from the roster and outrighted RHP Adrian Sampson to Triple-A Tacoma. Souza was designated for assignment by Seattle last weekend. He appeared in six games and hit .158 for the Mariners. Sampson was designated for assignment last week and cleared waivers allowing him to be outrighted to the minors.

A’s: RHP Paul Blackburn (4-0, 1.91) makes his ninth start of the season. He’s won each of his first four games, a career-high winning streak.