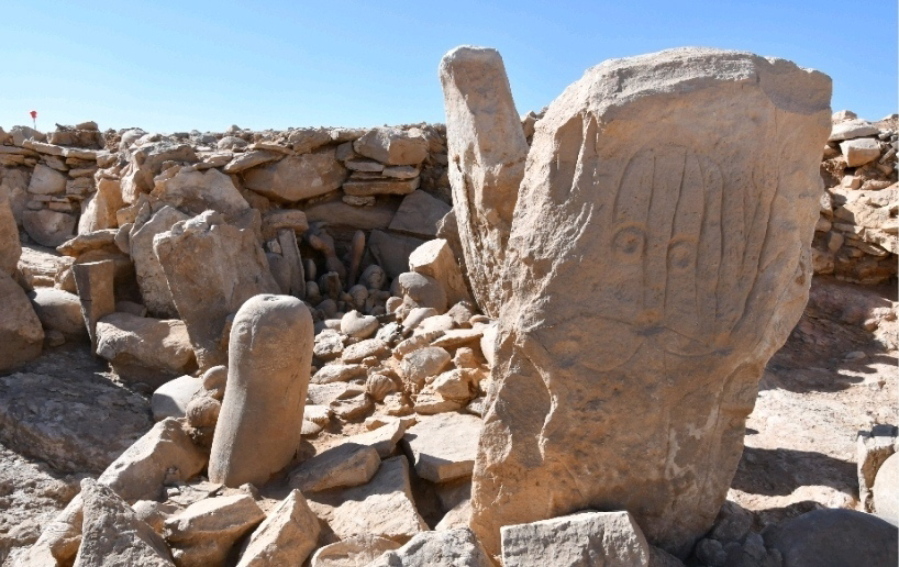 AMMAN, Jordan — A team of Jordanian and French archaeologists said Tuesday that it had found a roughly 9,000-year-old shrine at a remote Neolithic site in Jordan’s eastern desert.

The ritual complex was found in a Neolithic campsite near large structures known as “desert kites,” or mass traps that are believed to have been used to corral wild gazelles for slaughter.

Such traps consist of two or more long stone walls converging toward an enclosure and are found scattered across the deserts of the Middle East.

“The site is unique, first because of its preservation state,” said Jordanian archaeologist Wael Abu-Azziza, co-director of the project. “It’s 9,000 years old and everything was almost intact.”

Within the shrine were two carved standing stones bearing anthropomorphic figures, one accompanied by a representation of the “desert kite,” as well as an altar, hearth, marine shells and miniature model of the gazelle trap.

The researchers said in a statement that the shrine “sheds an entire new light on the symbolism, artistic expression as well as spiritual culture of these hitherto unknown Neolithic populations.”

The proximity of the site to the traps suggests the inhabitants were specialized hunters and that the traps were “the center of their cultural, economic and even symbolic life in this marginal zone,” the statement said.