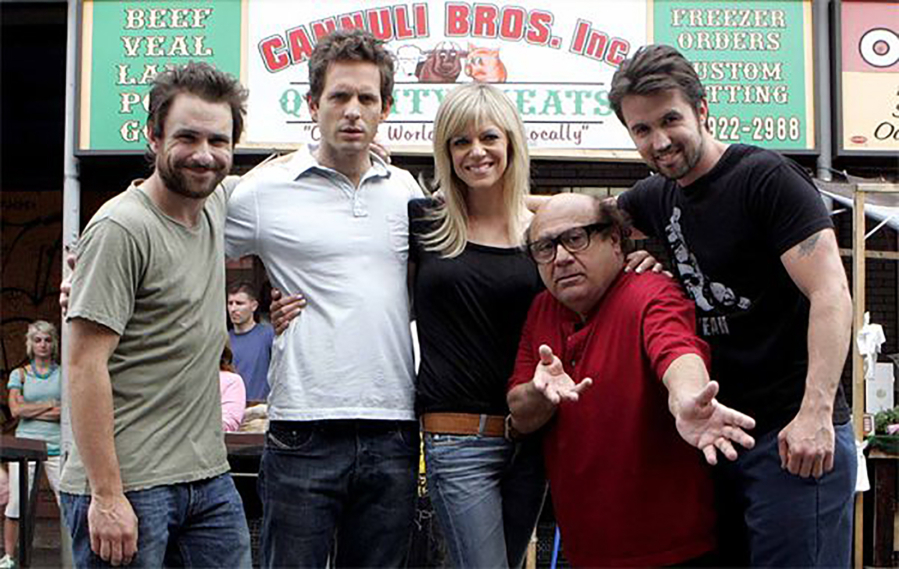 PHILADELPHIA — With the premiere of its 15th season Wednesday on FXX, “It’s Always Sunny In Philadelphia” became the longest-running live action comedy series ever.

The sitcom beats out classic series “The Adventures of Ozzie and Harriet,” which ran for 14 seasons from 1952 to 1966.

The show, which premiered in 2005, was created by Philadelphia native Rob McElhenney, an alum of St. Joseph’s Prep and Temple University, and fellow actors Charlie Day and Glenn Howerton, who also star in the sitcom. The show centers on the group of friends trying — and failing — to run Paddy’s Pub, the fictional Irish bar in a nondescript part of the city.

When the show began, the characters were flawed, silly, and selfish, constantly trying to get one over on the other and launching schemes that included buying tanks of gasoline to resell at a higher price and charging people to witness a water stain that appeared to be in the shape of the Virgin Mary.

But as the show has gone on, the group has devolved into people who often relish backstabbing and conning their way through life.

Somehow, the sitcom remains hilarious and the gang endearing to watch.

The show was borne out of boredom and a tough few years in Hollywood for McElhenney.

Then 27, McElhenney had grown tired of looking for acting jobs, picking up what work he could. Eventually, his boredom bred creativity, and he made a pilot with his friends “for the price of a couple of pizzas and the tape,” he told The Inquirer in 2005, and pitched it to a few networks. Ultimately, FX, a then-still-burgeoning network that has ended up the home of other comedy staples, bought his pilot.