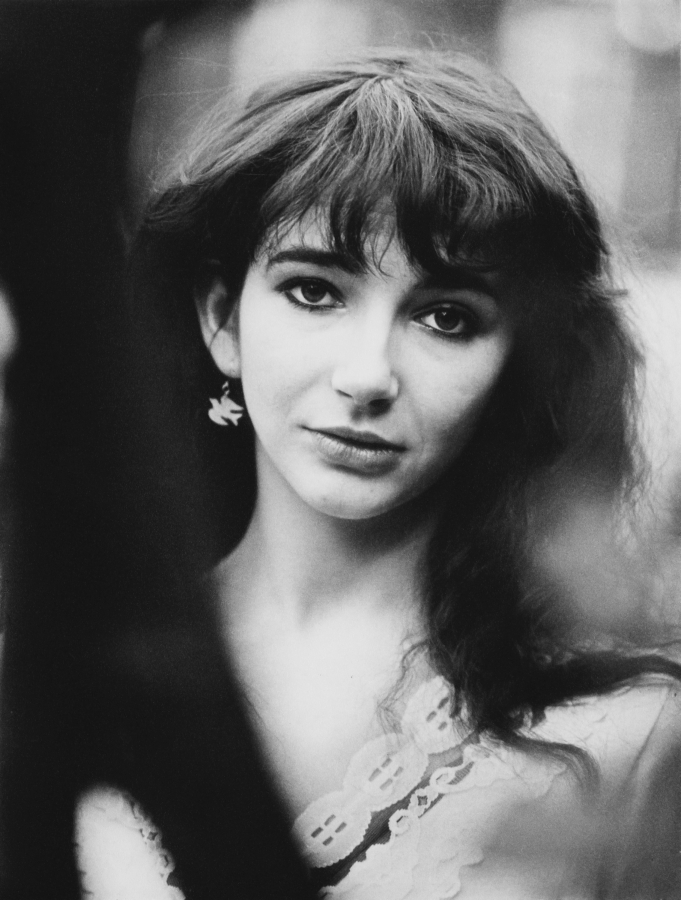 Though they had no idea as they were experiencing it, legions of “Stranger Things” viewers have been recently indoctrinated into a belief system that has transformed millions of lives. The text that led them there? Kate Bush’s 1985 song “Running Up That Hill (A Deal with God).”

Its use in Season 4, most prominently in a climactic Episode 4 scene involving a Sony Walkman, a Bush “Hounds of Love” cassette and a demon, has pushed “Running Up That Hill (A Deal with God)” to the top of music streaming charts.

A national treasure in England, Bush, 63, is less known in the States. Only one of her studio albums, 1989’s “The Sensual World,” has been certified gold in the U.S.

Among those who have cited Bush’s work as inspiration include Grimes, Solange, St. Vincent and Stevie Nicks. Perhaps most famously, Outkast’s Big Boi has long preached the gospel of Kate.

Below, 5 more Bush songs to try.

As a precocious songwriter in the mid-1970s, Bush drew attention from Pink Floyd’s David Gilmour, and at 19 released her first album, 1978’s “The Kick Inside.” Bush charted her first British No. 1 that same year with “Wuthering Heights,” which was the first self-written song by a woman to do so. Named for an Emily Brontë novel, “Wuthering Heights” knocked ABBA’s “Take a Chance on Me” from the No. 1 spot.

“Running Up That Hill” isn’t the only Bush song to go viral of late. Across the past few years, #KateBushTok has become a thing, with “Babooshka” in particular generating popular memes. Recorded for her 1980 album “Never for Ever,” “ Babooshka “ opens with her singing the song’s premise, about a suspicious wife who starts sending love letters under the name “Babooshka” to her husband in order to gauge his faithfulness: “She wanted to test her husband/ She knew exactly what to do/ A pseudonym to fool him/ She couldn’t have made a worst move.” The TikTok meme harnesses the song’s big reveal: “Babooshka, Babooshka, Babooshka-ya-ya — all yours!”

Bush had co-produced “Never for Ever,” but by then had finished, with the help of her father, building a home studio. Her fourth album, “The Dreaming,” was her first self-produced album, and the shift allowed her to experiment with technology and technique. The title track features the late Percy Edwards, a British animal impersonator. Bush wrote about the experience to her fan club members not long after the album was released. “It is so beautiful to watch him burst into birdsong in a studio in the middle of London. ”

William Reich was a psychoanalyst and inventor who claimed to have built a rain-making machine called the Cloudbuster. Bush wrote the song, from her album “Hounds of Love,” from the perspective of Reich’s son — “Every time it rains / You’re here in my head.” For the video, Bush collaborated with director and Monty Python member Terry Gilliam to build a Cloudbuster as they imagined it would look.

Opening with a sampled line from the British 1957 horror movie “Night of the Demon” — “It’s in the trees! It’s coming!” — the title track from “Hounds of Love” is sequenced to follow “Running Up That Hill.” A song about wanting to fall in love, she harnesses spooky nighttime dog-packs as a metaphor for her fear.